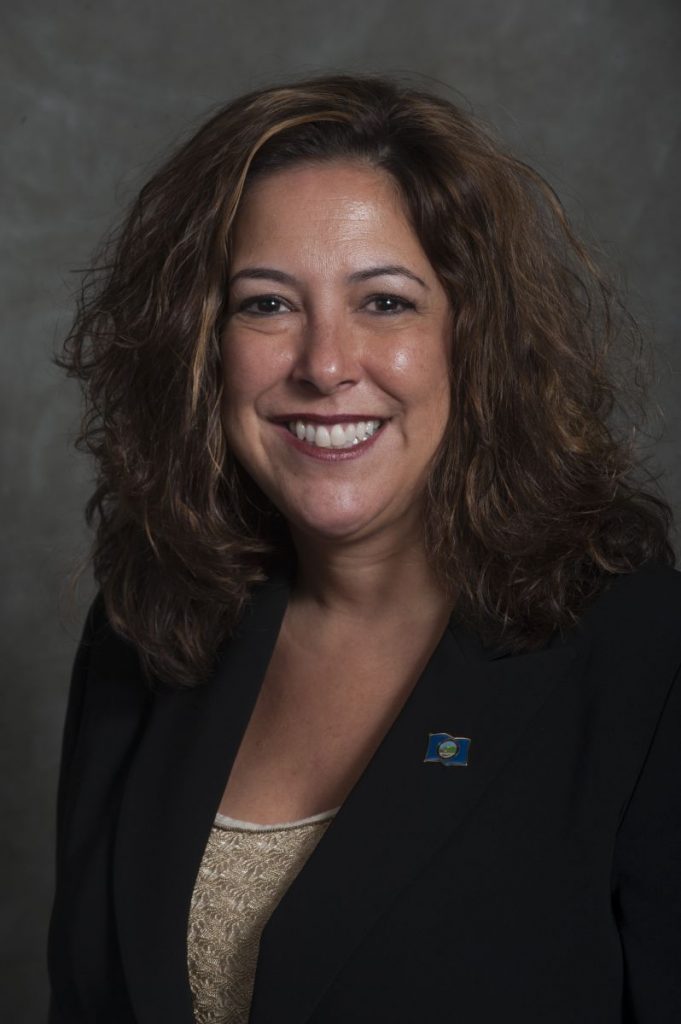 Michelle A. Gentek-Mayer was sworn in as Surrogate of Camden County Surrogate Court in January 2016. To this role, she brings compassion, dedication, experience and many years of public service. As such, expanding the court’s community outreach is the focal point of Surrogate Gentek-Mayer’s first term. This includes estate and administration education through programs such as Conversation of a Lifetime, improved services for Spanish-speaking constituents and an additional satellite office. It is her mission to ensure that the residents of Camden County have their wishes fulfilled in life and in death through advanced planning by eliminating the hardships often experienced by families.

Prior to being elected as Surrogate, she served as Freeholder from 2013-2015, where she expanded the County’s environmental efforts and education as liaison to Camden County Office of Sustainability and Shared Services. Through her leadership, the office now has a new home at the Lakeland Campus that includes a public tool library, an outdoor environmental classroom, an expanded Camden County Bike Share Program and renovated greenhouses that provide the plants found in Camden County’s park system. Additionally, she served as liaison to the County’s Department of Public Safety and Juvenile Justice, Department of Corrections, Sheriff’s Department and Department of Central Services.

From 2010-2012, Surrogate Gentek-Mayer served as Councilwoman in Gloucester Township. Through her direction, a comprehensive Energy Master Plan was formed that included installation of solar panels on the municipal building and a $21 million shared services solar project in partnership with the Gloucester Township Public Schools and the Black Horse Pike Regional School District. She also created the Township’s first Community Garden program, chaired the Mayor’s Wellness Campaign and worked to revitalize downtown Blackwood by merging economic development with the arts. As a former small business owner, she used her experience to help small businesses succeed and thrive through expanded services and opportunities, and promoted economic development at both the municipal and county levels.

Surrogate Gentek-Mayer’s advocacy, passion and vision have kept her grounded in community activism, and prior to her election to public service in 2009, she served as chair for the Neighborhood Watch, Cub Scout leader, member of her Parent Teacher Council, and as a religious education teacher. For these efforts, she received the Gloucester Township “Woman Who Makes a Difference Award.”

Surrogate Gentek-Mayer resides in Gloucester Township with her husband and children, where she enjoys cooking, crafting, gardening and spending time with her family.