US Senate Hears Testimony from CCMUA 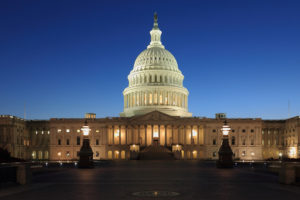 (Camden, NJ) – Executive Director and Chief Engineer for the Camden County Municipal Utilities Authority (CCMUA), Andrew Kricun, testified today in front of the U.S. Senate Committee on Environment and Public Works’ Subcommittee on Fisheries, Water, and Wildlife. Kricun focused his testimony on the need to fund improvements to the nation’s aging water infrastructure.

“If we utilize the resources we have, combine them where appropriate, and fund the necessary improvement projects, we, as a nation, can move forward into a period where our citizens no longer have to wonder if their water is safe for their family,” Nash said. “Andrew’s testimony showed the Senate that Camden County is committed to being a leader on this front.”

Kricun testified alongside Mike Frazee of Arizona, a recent participant in the Rural Drinking Water Assurance Program, and Josh Ellis, Vice President of the Metropolitan Planning Council in Chicago. Kricun’s accomplishments and dedication were highlighted by New Jersey Senator Cory Booker who sits on the subcommittee.

“For over two decades, Andy has been an incredible public servant, building a name for himself even up into the northern counties [of New Jersey],” Booker said during the hearing. “I always say Washington would be a better place if more Jersey came down here.”

During his testimony, Kricun highlighted the need to focus attention on improving the nation’s water infrastructure, which most recently received a D+ rating from The American Society for Civil Engineers.

“Funding our extensive infrastructure is one of our greatest challenges as a utility,” Kricun said. “Like clean water agencies around the country, Camden County MUA has many competing pressures – including the need to reinvest in aging infrastructure, maintain and upgrade treatment processes, comply with Clean Water Act rules and regulations, make strategic long-term investments, and help support a high quality of life in our community which has significant affordability constraints.”

He also emphasized the importance of peer-to-peer resource sharing, in which utilities assist one another by providing resources that the other lacks, and he stressed the importance of utilizing green energy sources that reduce reliance on the electric grid so as to better prepare for changing climate conditions and weather patterns.

“We learned after Hurricane Sandy that these kinds of extreme storms can overwhelm water systems, resulting in thousands of gallons of untreated water ending up in waterways where it doesn’t belong,” Nash said. “One of the things that was highlighted today that must be kept in mind as development continues, is the effect that a changing climate will have on our systems. We need to make sure that we are planning for the problems of tomorrow, not just those of today.”

The CCMUA was recognized earlier this year by the Water Resources of the Future Today compendium for its environmental management system which optimizes water quality, minimizes odor, meets cost efficiency standards, and minimizes its carbon footprint while maximizing resiliency.