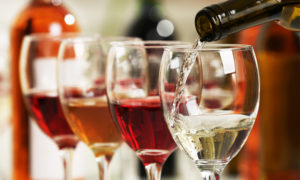 (Camden, NJ) – Camden County had two wineries take top honors in the Garden State Wine Growers Association Wine Competition this year. Amalthea Cellars and White Horse Winery, both of Winslow Township, were recognized at a ceremony at the Governor’s Mansion on November 16.

“Camden County has multiple vintners that produce a number of fine wines,” Cappelli said. “These vineyards not only employ local residents, they bring tourists to our area contributing to the region’s economic development.”

During the presentation, Governor Phil Murphy and First Lady Tammy Murphy announced that only New Jersey wines would be served at Drumthwacket during his administration.

The 2018 NJ Wine Competition was conducted for the first time by the nationally renowned staff of the Beverage Tasting Institute in Chicago. Wines were judged as they were submitted all spring and summer with judging ending August 1. There were 150 wines entered into this year’s competition.