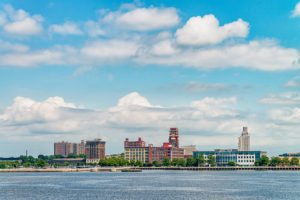 Incremental improvements in each area signal broad quality of life enhancements for residents throughout the City and echo previous findings from state agencies and other reports.

“Change doesn’t happen overnight, but in findings like these we are seeing the very real snowballing effect of progressive policies put into place to better the lives of residents in the City,” said Freeholder Director Louis Cappelli, Jr. “Our commitment remains on ending the crippling effects of decades-long poverty and economic stagnation in the city, and continuing Camden’s recent renaissance. We have a lot of work still to do, but this data makes clear that we are on the right track and headed in the right direction.”

Among the most stunning trends to have been observed this decade is the surge in educational attainment among 18- to 24-year-olds in the City. From 2006 to 2010 approximately 68 percent of young adults in the City had graduated high school, earned their G.E.D., attended some college, or received an associate’s, bachelor’s or advanced degree. The most recent estimate shows this population achieving high school or better levels of education at a stunning 83.3 percent.

“Academic progress has been paramount to the changes in the Camden City School District over the last five years,” Superintendent Katrina McCombs said. “Ensuring all of our students and families are attaining a quality education and gaining access to advanced educational opportunities is our objective. This report underscores the progress being made in the classroom and throughout our district.”

The findings also show that those residents are having much more success at the conclusion of their education and when seeking employment. Despite the overall population of residents 16 and over decreasing since the period ending in 2013, the number of those employed has increased by more than 2,500. Over the same period, the number of unemployed residents dropped precipitously from more than 7,700 to fewer than 3,900. The City posted a 12.6 percent unemployment rate over the five years ending in 2018, a dramatic decline from the 24.4 percent reported from 2009 to 2013.

“Unparalleled collaboration and a holistic approach to revitalization is resulting in real progress in Camden,” said Camden Mayor Francisco Moran. “As a lifelong resident, I can assure you the transformation taking place in the city is extraordinary.  The results are tangible as the positive impact is being felt throughout the community.  The data indicates that Camden is making substantial gains as it relates to reducing poverty, improving academic outcomes and increasing employment prospects.  This kind of sustained progress has not been witnessed in decades.  These are all positive signs for our residents and indicators that the quality of life continues to improve.”

Throughout the city, a variety of factors have led to steadily improving conditions and decreases in the overall poverty rate. While declining slowly from its post-recession peak, the poverty rate in the city slid to 36.8 percent.

The American Community Survey is administered by the U.S. Census Bureau for the purposes of collecting detailed population and housing information. Data collected as part of the ACS is publicly available and can be found by visiting www.data.census.gov.