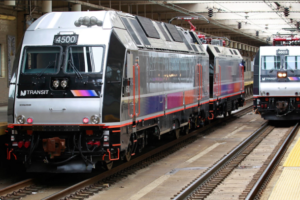 The statement below is by Freeholder Bill Moen in regard to NJ Transit’s decision to delay returning service to the Atlantic City Rail Line. On February 21, 2019, the Camden County Board of Freeholders unanimously passed a resolution calling for the rail line to be re-opened.

“The Atlantic City Rail Line is the primary mode of transportation for thousands of daily commuters in our region. Unfortunately, with so much of NJ Transit’s focus and resources being dedicated to other areas of the state, those commuters have been left behind and seemingly forgotten.

The AC Rail Line was closed last September with the promise that it would re-open by the first weeks of the New Year. Now commuters are being told that they’re still months away from having service restored. The southern half of the state does not have seven or eight different rail lines criss-crossing the region. Instead, much of South Jersey relies on this one, disconnected – and now inoperable – rail line. While that line sits abandoned, Camden County, which contains four stops along this route in Atco, Cherry Hill, Lindenwold, and Pennsauken, is without a critical piece of transportation infrastructure. Furthermore, every day that this service remains closed increases the number of commuters forced to use County roads and bridges, shortening the lifespan of that infrastructure and increasing the need for investment in repairs and improvements.

Our residents have made their feelings clear and the Freeholder Board stands with them.  Re-open the Atlantic City Rail Line and give our region the respect it deserves.

I encourage our residents to express their concerns to NJ Transit officials and our state legislators by attending next week’s Assembly Transportation Committee hearing at the Cherry Hill Municipal Building on Wednesday, February 27, at 6:00PM.”