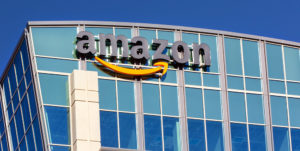 “This is great news for Philadelphia, Camden and South Jersey. We believe if the Philadelphia Metropolitan region makes the final cut it will be a win for the overall region and that it will benefit our area with billions of dollars in new development and more than 50,000 new highly paid employees. Furthermore, we believe that Camden City’s rebirth and economic growth in Camden County had a direct impact on the proposal and played a key role in boosting it to the next level. Of course, we would have been overjoyed if the Camden proposal made the cut, but when I sat with the Philadelphia Director of Commerce, Harold Epps, a month ago, I told him and the Philadelphia Economic Development Corporation we would be working with the city if they were picked and if Philadelphia makes the final cut. There is no question in my mind that Camden and South Jersey would feel a positive impact based on the size and scope of the investment Amazon would bring to the region.

I would be remiss if I didn’t remind residents that a rising tide lifts all boats and this corporate e-commerce giant would deliver a long-lasting wave of economic growth if our region captures it.”

“I’m extremely happy to hear that the Philadelphia Metro area will be a finalist for Amazon HQ2. Certainly, we still believe that Camden is the best possible place for Amazon, nevertheless we know and we’ve said before that the city will see a tremendous benefit if our region makes the final cut. In fact, we are throwing all of our support behind the Philadelphia proposal because if Mr. Bezos decides to locate in Philadelphia, Camden, South Jersey and the Pennsylvania suburbs will be flooded with billions of dollars in economic development. More than 50,000 highly-skilled Amazon employees flooding the region would be a game changer and transformational for us and the rest of the metro area. That said, we are cheering on our colleagues in Philadelphia and stand ready to assist their proposal in any way possible.”