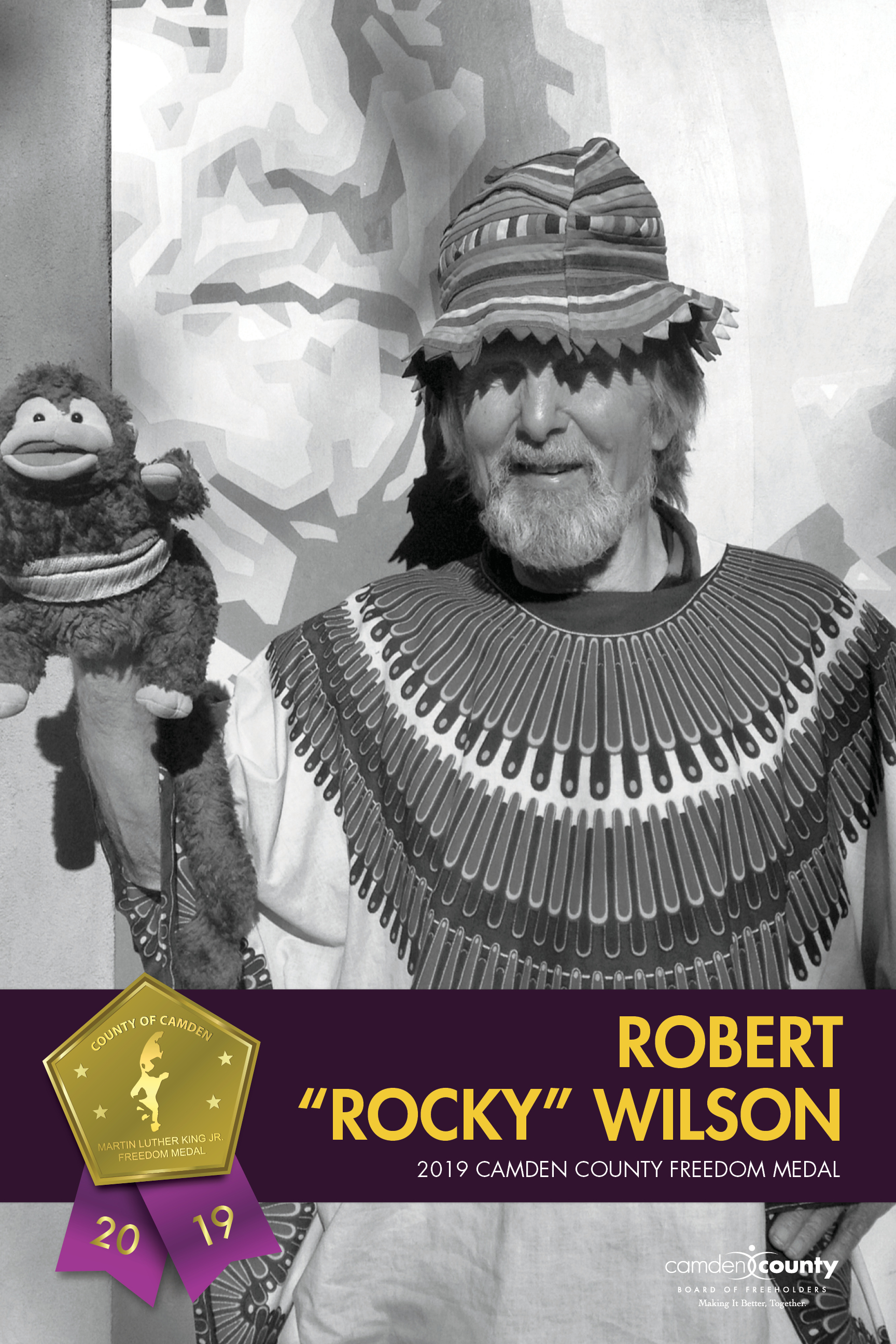 Rocky Wilson is a poet, performance artist, and teacher who lives near the Delaware River in Camden. He has a Master’s Degree in Dance Education from Temple, and has studied creative writing at both Penn State and Rutgers University.

In 1992, the 100th anniversary of Walt Whitman’s death, Rocky performed his own multi-disciplinary work, Walt, the Ferry’s Back!; a tribute to the Good Grey Poet and to the city of Camden. Since then, Rocky has been interpreting Whitman in schools and libraries, and for historical groups and at the Philly Fringe Festival.

Quite often Rocky can be seen biking along the waterfront with his little monkey companion, Bongo. Called “The Puppet Laureate of Camden,” Rocky has been working as a substitute teacher in the city for over 40 years. Last year, with the help of Bongo, Rocky wrote a children’s book, The Lucky Monkey, which incorporates artwork by the Camden school children.

Rocky has written several chapbooks, but his first true book of poetry released on February 13, 2016; Camden’s 188th birthday. Besides writing poems, Rocky has, for the last 25 years, hosted Pizza & Poetry at A Slice of New York in Camden. It is one of the longest-running poetry series in New Jersey.

When Rocky first came to Camden in the spring of 1975, a landlady in a rooming house across from Cooper Hospital, where Rocky was born, asked him if he wanted a room. Rocky opened his mouth to say no, but instead said, “Yes,” and has lived in Camden ever since. “Like Walt Whitman,” Rocky says, “I came to Camden ‘by accident,’ but I can truly say as he did, ‘Camden has brought me many blessed returns.”