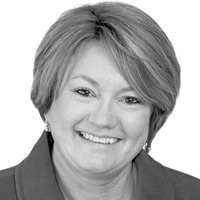 Justin Phillips, MA, MA Clinical Addictions Counseling, is the Founder and Executive Director of Overdose Lifeline, Inc. Overdose Lifeline, Inc. (ODL) is an Indianapolis-based nonprofit founded in 2014 dedicated to preventing opioid deaths and reducing the stigma of addiction. It’s quickly become a leading voice for Indiana families, individuals, and communities affected by addiction, acting efficiently and effectively with statewide programming and legislation. In an extremely short period of time, ODL has touched the lives of thousands.

ODL has rapidly amassed a long list of accomplishments via program development and grassroots efforts. ODL works non-stop to prevent prescription opioid misuse and heroin use and death across the state. ODL focuses on reducing the stigma associated with the disease of addiction. They provide prevention tools/training and education, facilitate Naloxone distribution to first responders and the lay public, and provide treatment/recovery support.

Justin is a clinical addictions counselor, in addition to her experience in nonprofit management and grassroots advocacy. Justin’s advocacy efforts were realized with the enactment of Aaron’s Law in April of 2015. Aaron’s Law makes it legal for naloxone to be available in pharmacies across Indiana without a prescription. Overdose Lifeline has distributed over 12,000 naloxone overdose reversal kits to families and individuals. Overdose Lifeline has also developed a one of a kind prevention education program recently endorsed by the Indiana Department of Education, presented at the National Prescription Drug Symposium and utilized in numerous states across the US. 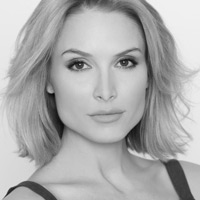 On April 21st, 2006, a worldwide television audience of millions watched as Tara Conner’s “biggest dream ever” came true as she was crowned Miss USA 2006 at the conclusion of the 55th Miss USA telecast live from Baltimore, Maryland. The Russell Springs, Kentucky native is the first woman from Kentucky to win the title of Miss USA.

Throughout her year as Miss USA, Tara traveled all over the U.S. working with various breast and ovarian cancer charities and working with the United Service Organization (USO), lending her support to service men and women all over the world. She appeared on Lifetime’s hit show, “Project Runway,” competed at the Miss Universe pageant in Los Angeles (where she placed 4th runner up!) and made red carpet appearances at special events all over the United States. She resided with Miss Teen USA and Miss Universe in a Trump apartment in New York City.

In December of 2006, Tara made headlines when she tested positive for cocaine. Her employers at the time, Donald Trump and the Miss Universe Organization, sent Conner to the Caron Treatment Center where she completed 30 days of treatment.

After crowning the new Miss USA in Los Angeles, Tara decided stay in Los Angeles to pursue her career in modeling and hosting. She has hosted on several networks from E! to MTV, and has appeared on shows like Pageant Place, The Girls of Hedsor Hall, and Pretty Smart.

After her very public struggle with addiction, Tara became a Public Advocacy Consultant for the Caron Treatment Centers. She has shared her experience with audiences all over the United States, and hopes to raise awareness that addiction is a disease, and that many people who have struggled with this disease can go on to lead healthy, productive lives in recovery. She also wants educators, families, and professionals to know that sobriety at an early age is achievable, and that it greatly enhances life’s possibilities. 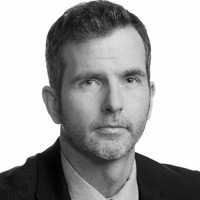 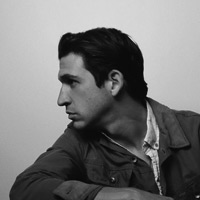 Matt Butler first gained notoriety as the lead singer of the New York based band Reckless Sons, who released two EPs, the latter with legendary record producer David Kahne (Lana Del Ray, The Strokes, Sublime, Paul McCartney).  The turning point in Butler’s career came, however, when he confronted his lifelong struggle with alcoholism and substance abuse.  After getting sober, Butler recorded his debut solo album Reckless Son, a poignant confession of his battle with addiction and his inspiring path to recovery.  Right from the start, Butler was able to pull together a community around his message and crowd fund the entire project through a successful Pledge Music Campaign. Butler wrote and performed ‘Just One’, the original song for the feature length and nationally distributed documentary Generation Found.  The film portrays the devastating effect the current drug and opiate epidemic has had on adolescents in and around Houston, TX, and the unprecedented way in which the community has rallied to support them.