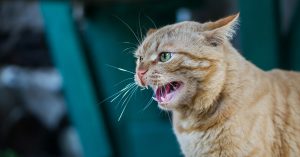 (Gloucester Township, NJ) – The Camden County Health Department has been notified by the New Jersey Department of Health and Human Services (NJDHHS) that a cat found in Winslow Township has tested positive for rabies.

On February 13, a Winslow Township resident found a wounded stray cat. The resident was able to get the cat into a pet carrier and called the Winslow Township PD. The cat was brought to an animal clinic and developed symptoms consistent with rabies days later. The cat was euthanized, and the clinic arranged for rabies testing at the state Public Health & Environmental Laboratories in Trenton (PHEL).

At the animal clinic, there were several human exposures. There were no known animal exposures.

On February 23, the Camden County Department of Health and Human Services was notified by PHEL that the animal was rabid.

The resident, the police officer, the Animal Control Officer associated with Winslow Township and the employees of the animal clinic were notified. A health bulletin was distributed in the area that the stray cat was found.

“Rabies is a serious illness, but it can be prevented with early treatment,” said Commissioner Carmen Rodriguez, liaison to the Camden County Health Department. “The dangers of rabies have been explained to those who were exposed to the cat and they were advised to speak to their physicians regarding post-exposure prophylaxis (PEP) treatment for rabies.”

No other information is available on those who were exposed.

Rodriguez said interested residents can learn more about rabies through the internet by accessing the information available from the Centers for Disease Control and Prevention at www.cdc.gov/ncidod/dvrd/rabies/ or, residents may call the Camden County Department of Health and Human Services at 856-374-6370.