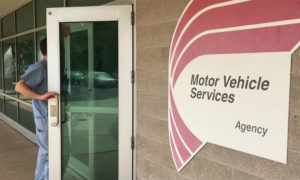 Most renewals of driver licenses, non-driver IDs, and registrations – including some commercial registrations – can be processed online at NJMVC.gov. Customers can change their address, pay fees, and other services online as well.

Drivers with suspended licenses can seek to get licenses restored, if they are eligible, using email instead of phone or in-person interactions. Drivers who believe they are eligible for restoration should email suspension.info@mvc.nj.gov.

“In order to break the back of this virus, we have to eliminate public gatherings and keep closed places that see a high volume of customers in a typical day,” said Freeholder Director Louis Cappelli, Jr. “Most services can now be accessed online, and the MVC previously extended most expiration and inspection dates, ensuring that residents experience minimal interruptions in service while we combat coronavirus.”

Fulton ordered the initial closure of agencies and inspection stations from March 16 until March 30 and followed that with two-week extensions until April 27. Expiration dates for driver licenses (including CDLs), registrations, inspection stickers, and temporary tags were extended by two months on March 13.

Customers should check NJMVC.gov for the latest information and updates.