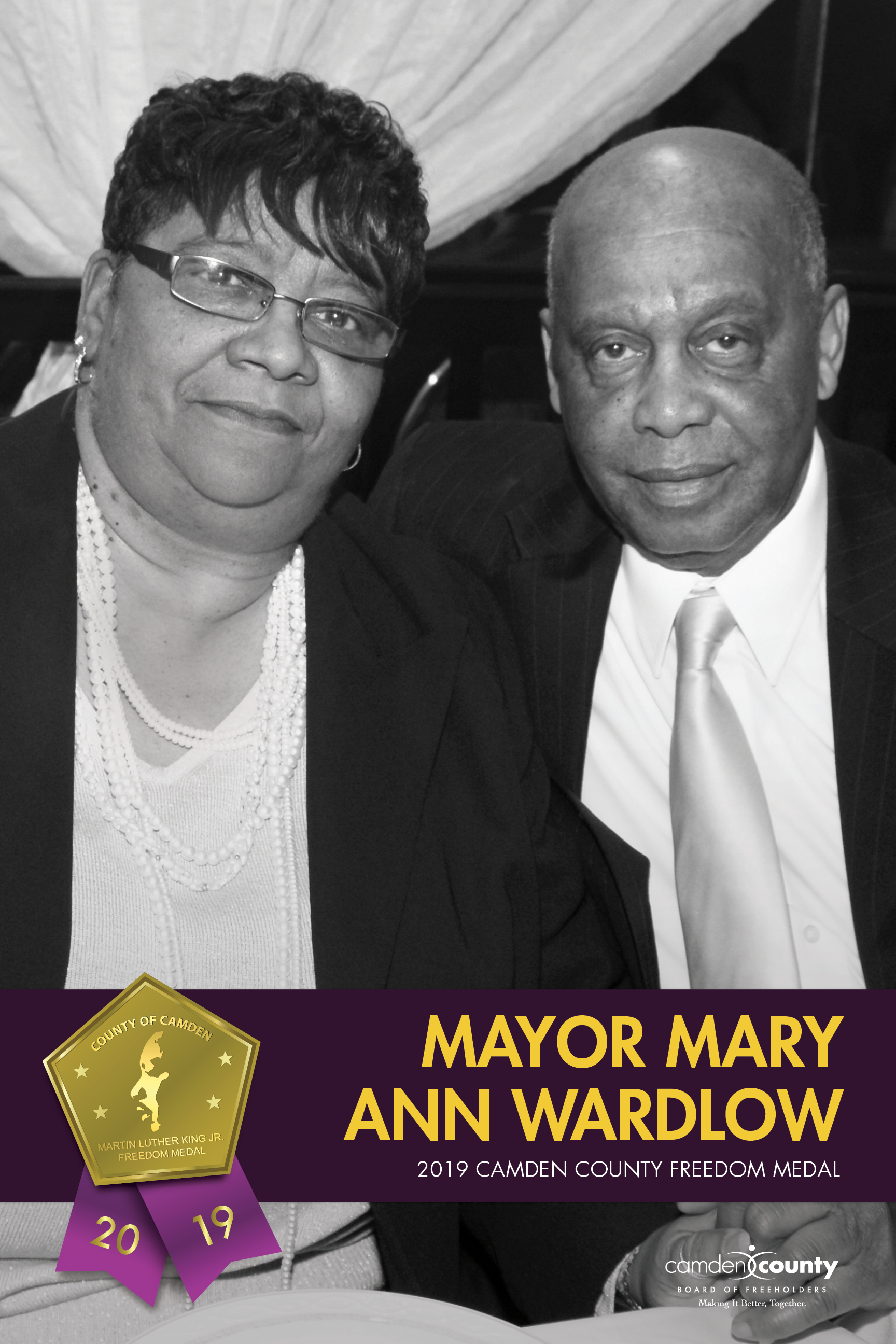 Mary Ann Wardlow was the first elected female Mayor in the Borough of Lawnside. She and her husband, Earl, have resided in Lawnside for over 46 years and care deeply for their community. They have had the opportunity to get to know the residents personally, and have been involved with various civic organizations within Lawnside and Camden County. They raised two daughters in Lawnside, and have five grandchildren and eight great-grandchildren.

As a resident and civil servant of the borough, Mayor Wardlow has been involved with numerous community organizations including the Finance, Insurance, and Personnel Committee, the Public Safety and Judiciary Committees, the Lawnside Federal Credit Union, Fourth of July Committee, Mount Peace Cemetery Board, and the Camden County Mayors’ Association, as well as a being a council member for over 27 years and a Brownie and Girl Scout Leader.

Working with members of the Lawnside Council, Mayor Wardlow has been instrumental in attaining funds for the Public Works and Wayne R. Bryant Senior Citizens Recreational Buildings, enlarging the public safety, Police Department, and Department of Public Works, bringing ShopRite to Lawnside after the closing of Pathmark, and working with the Lawnside School Board of Education to ensure that residents support the children.

When asked what inspired Mayor Wardlow to get involved in the community, her answer was her mother and grandparents. Her mother always told her that “your community was your family” and that “you are responsible for looking after your neighbors.”

Over the years, she has been honored to receive acknowledgements from D.A.R.E., the OEO Head Start Policy Council, the Federation of Women, the NJ Association of Minority Real Estate, Continental Societies, Inc., and the Camden County Mayors’ Association, among others.

Mayor Wardlow says that she has tried to live up to what her mother instilled in her. “Do unto others as you would have them do unto you” and you will be obeying all of God’s commandments.