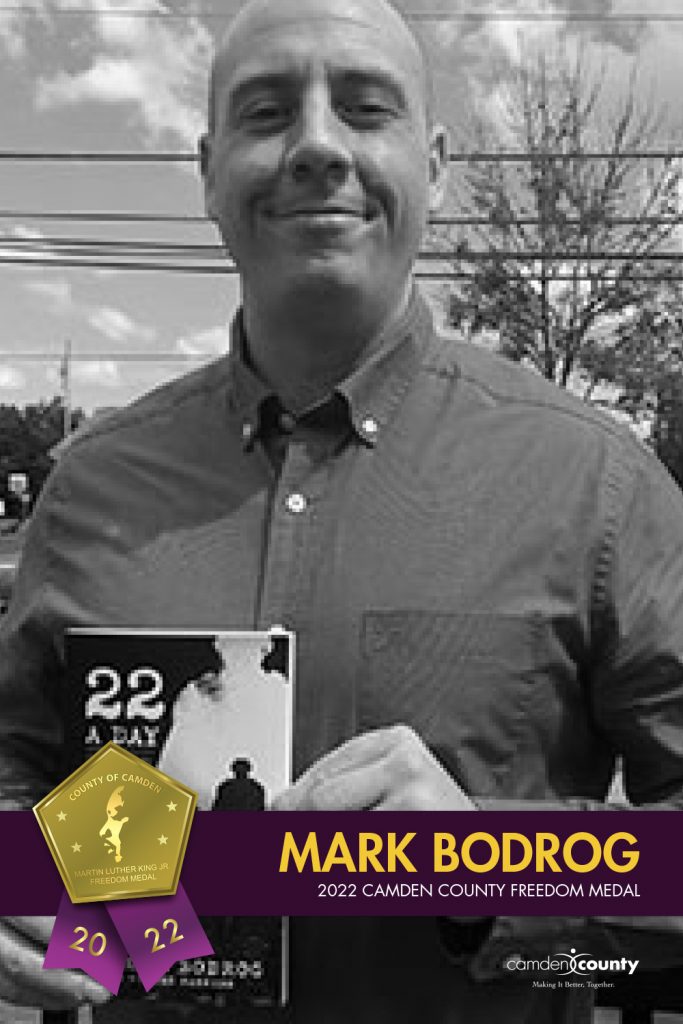 Mark Bodrog, resident of Sicklerville and Marine Captain, has served two combat tours in Afghanistan in support of Operation Enduring Freedom, and has earned two degrees from Rutgers-Camden University. As a Rutgers student, he was instrumental in the university granting honorably discharged veterans academic credits upon enrollment to help with reintegration into the academic world. Mark took the same idea and has helped introduce three legislative bills within the state. He is also the author of “Second Platoon: Call Sign Hades: A Memoir of the Marines of the Combined Action Company”. His current project is focused on ending perhaps the most troubling epidemic among struggling vets: suicide. Along with the help of a fellow Marine Corps veteran, Bodrog published “22 a Day: A Tragedy in Three Acts.” Written as a play, the 179-page book sheds light on the sheer number of veterans who take their own lives every day. Mark conducted research and drew from his own experiences in writing “22 a Day.” Mark Bodrog’s mission is to be a voice to those who have bravely served, and bring awareness, understanding and compassion to those who have not.

Learn More: Twenty-Two a Day: A Tragedy in Three Acts