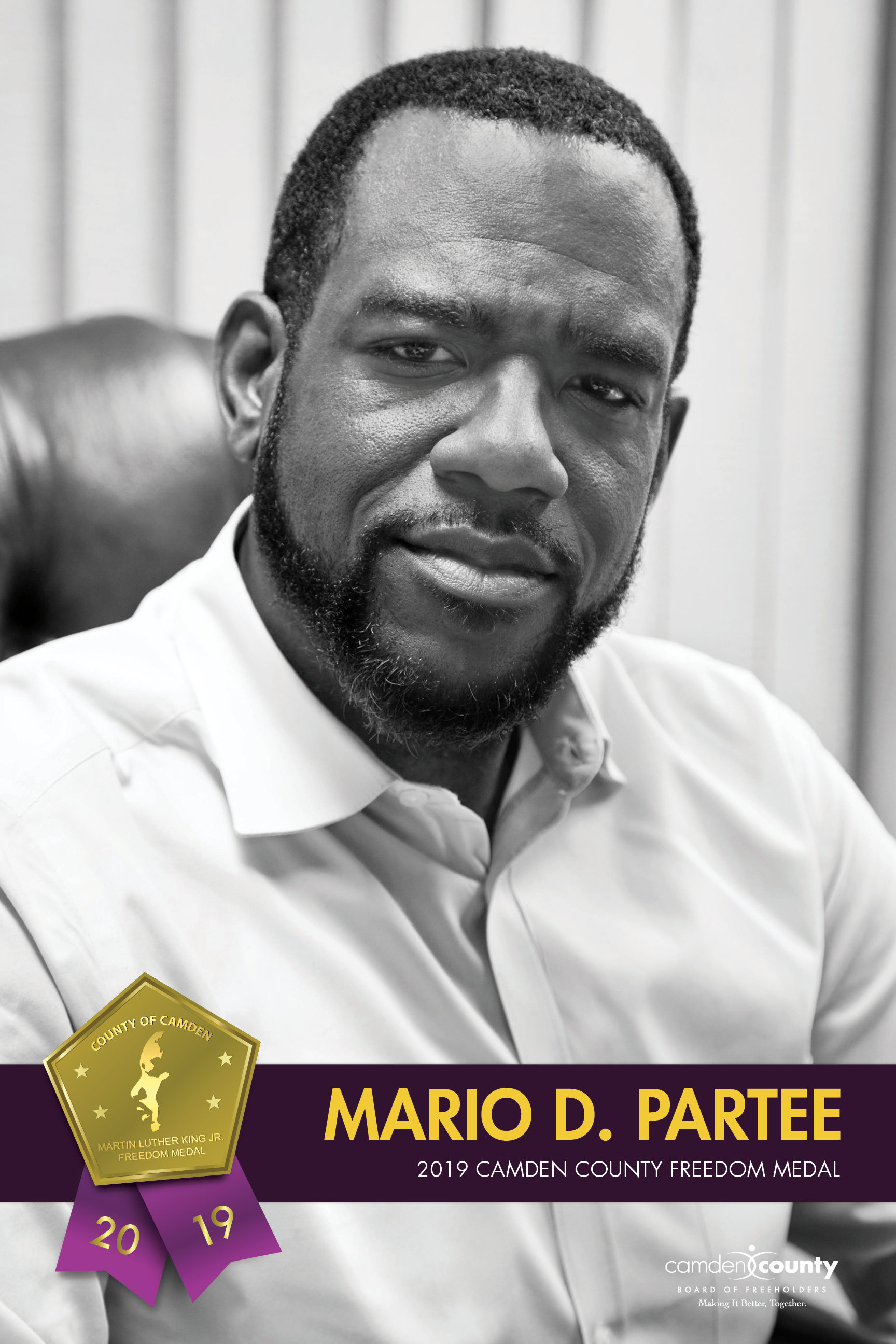 Mario D. Partee is the executive director of the Community Care Food & Clothing Pantry in Winslow Township. Mario has responsibility for planning, financial, and overall operations of the nonprofit organization he co-founded with his mother, Dianne S. Partee (deceased) in 2011.

As a South New Jersey native, Mario started his own business at the age of 12, detailing cars out of a hair salon in Sicklerville. By the age of 16, Mario had built a successful business with a growing customer base of more than 300 customers. In addition to his business, he also studied at Camden County College and Thomas Edison College. While he has held many influential positions, Mario’s opportunity to work at Sturdivant & Co., a financial firm in Clementon, NJ, with his then-mentor Ralph A. Sturdivant (deceased) was the most life-changing. Mario left Sturdivant & Co. shortly after Sturdivant’s passing to take advantage of an opportunity in management with Williams Communications Solutions in Philadelphia. At Williams, he was an information technology manager with large industry clients like PECO Energy, Merrill Lynch, Hewlett Packard, Sony, Comcast, and Dow Jones & Company. This is where he was able to utilize the knowledge and experience that he gained from his mentor to advance quickly within the organization.

In 2008, Mario worked for a local food bank as corporate relations manager, where he learned about the hunger issues of the Southern New Jersey region. His hunger awareness events are well-documented, and include an NFL food collection initiative where he hosted celebrity NFL moms.

After leaving the food bank in 2011, Mario started his own nonprofit organization called Community Care Food & Clothing Pantry. CCFCP’s mission is to help eliminate hunger in Winslow Township and the surrounding areas, and has helped thousands of families in the process. Serving an average of 500 people monthly, the CCFCP encompasses a dedicated group of no less than 30 volunteers that help distribute goods to anyone in need. Mario’s dedication to answering calls from the community for emergency assistance for food and clothing is a valuable resource. The organization continues to grow, and now helps many other organizations in and outside of South Jersey to feed people in need.

Presently, Mario also works as the chief operating officer for Associated Counselors, PA – a behavioral health practice – and is also a technology associate at Cooper Medical School of Rowan University in Camden City.

He holds several awards and honors, and continues to move his organization forward – all the while staying humble and always supporting others. Mario is a young visionary that strongly believes in helping his community by all means necessary.