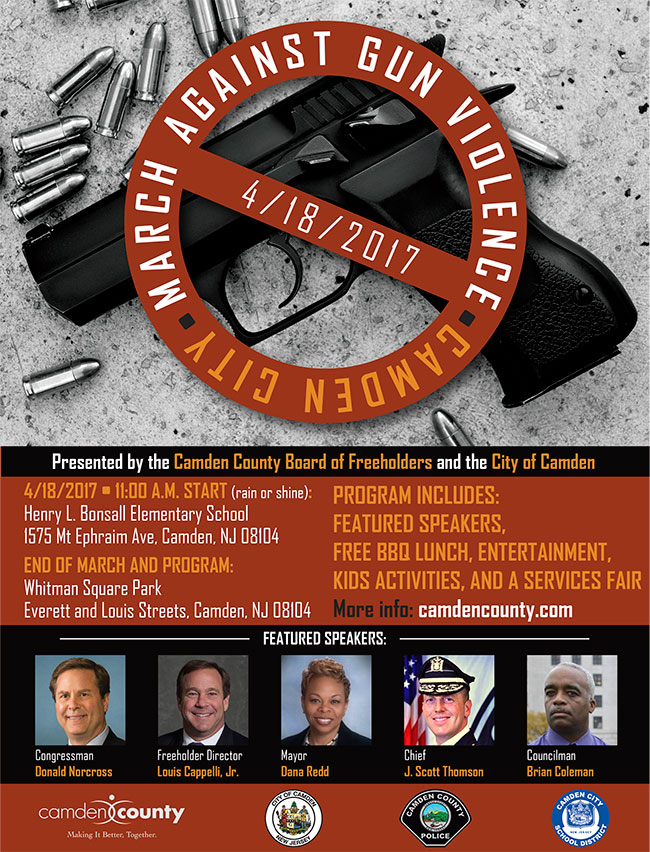 The Camden County Board of Freeholders and the City of Camden invite you to the March Against Gun Violence on April 18th starting at 11AM.  Marchers will start at Henry L. Bonsall Elementary School and and at Whitman Square Park at the corner of Everett and Louis Street in Camden.

At the end of the march we welcome all marchers to stay for a program which includes featured speakers, Free BBQ lunch, entertainment, kids activities and a service fair.  Featured speakers include the following: