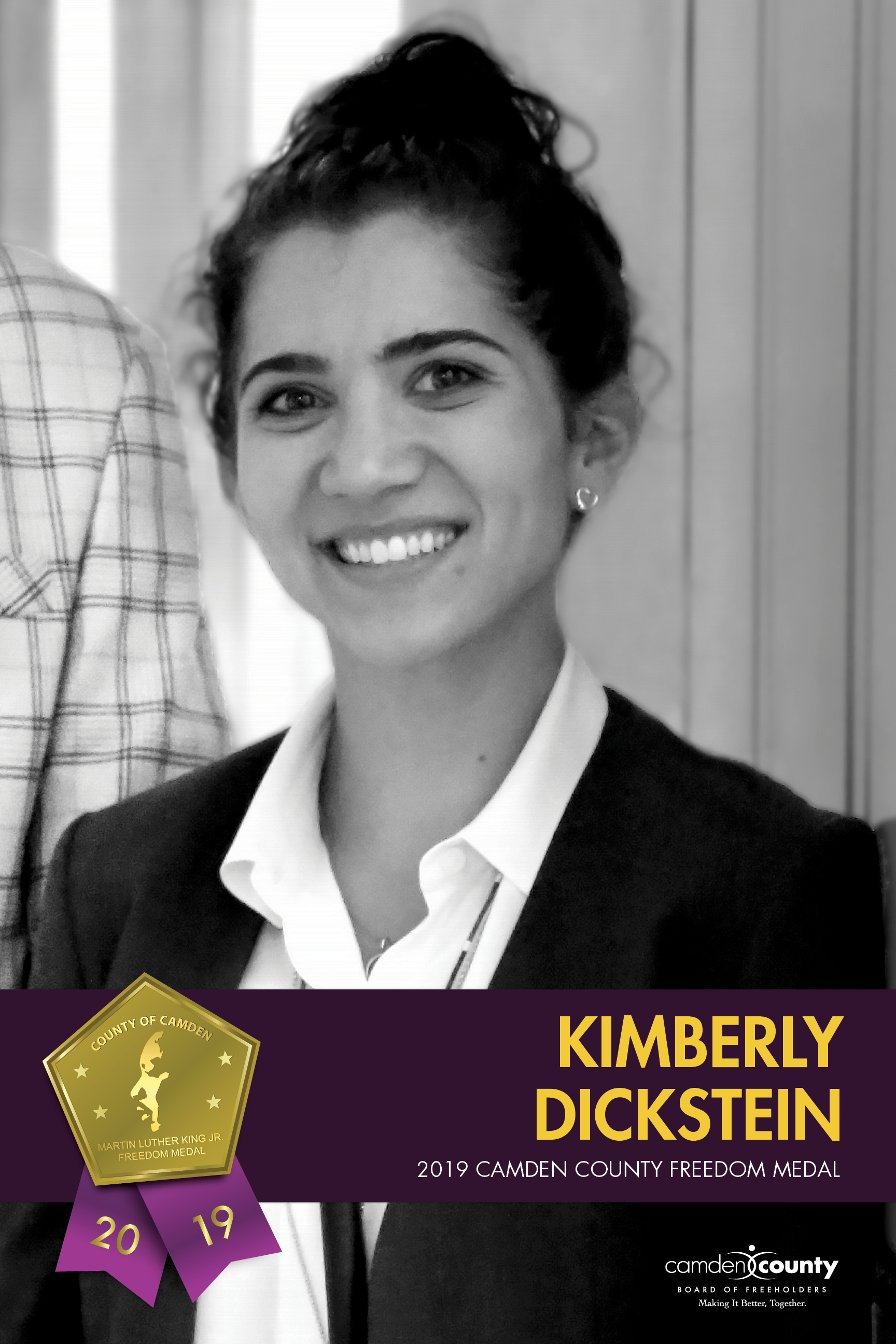 Kimberly Dickstein has served Camden County as a community organizer and tireless advocate for education. She has been teaching at Haddonfield Memorial High School for 10 years, and was recently awarded Teacher of the Year 2018-2019 and nominated for Governor’s Educator of the Year. Kimberly finds inspiration from her classroom and engages her community in an effort to help others.

In June 2018, Kimberly initiated an advocacy campaign on behalf of Garang Buk Buk Piol, a former child soldier from South Sudan, to achieve his goal of attending graduate school at Emory University. She has mobilized students, teachers, and community members to embrace global citizenship, and they have crowdsourced over $80,000 toward his tuition expenses. In addition to this initiative, Kimberly has developed a community-based Shakespeare program of study, and advises various extracurricular activities including Model United Nations, Shakespeare Troupe, and Stand With Camden. Over the years, Stand With Camden student volunteers have collaborated with Urban Promise, Cathedral Kitchen, Camden Rescue Mission, and Kids Alley.

Alongside her teaching career, Kimberly has volunteered for 16 years with the Alicia Rose Victorious Foundation, a Camden County based nonprofit organization dedicated to improving the quality of life for hospitalized teens across the country, in memory of her best friend, Alicia DiNatale. She not only serves as the Youth Leadership Council advisor with her sister, Katie Brotz, but also serves on the Community Advisory Board to help coordinate events such as MLK Day of Service, Teen Cancer Awareness Week, and the ARVF 5K. Kimberly is from Voorhees Township.