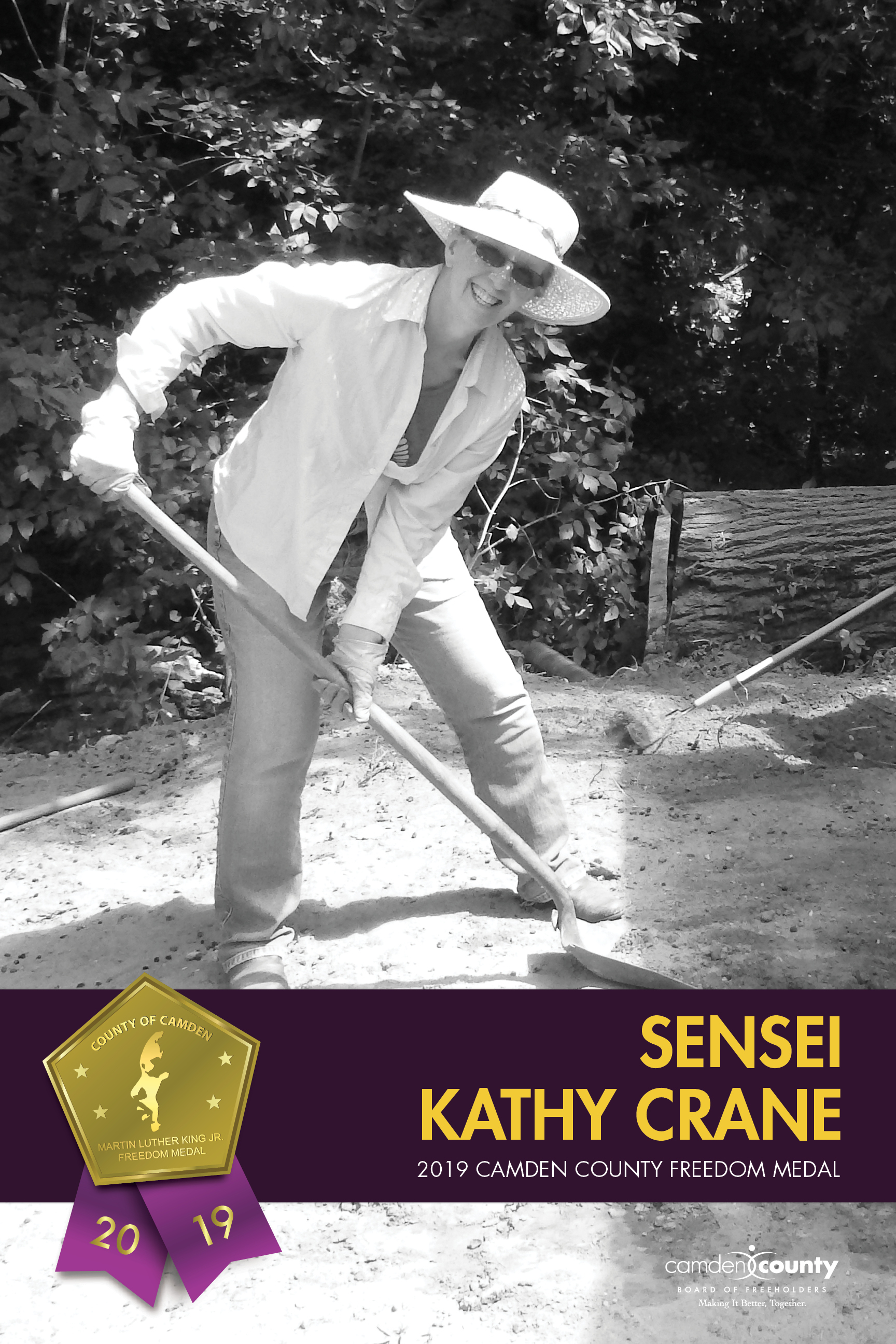 Camden County natives, both Kathy and her husband, Richard, became aware of the unique Art of Aikido in the early 1970s as a method of self-development and self-defense without aggression. Having developed a passion for the art, they continued their study and began teaching in 1976.

For over 20 years, Kelly taught on-going classes at the Echelon YMCA, as well as numerous community programs in Camden, Gloucester, and Burlington Counties.

Often referred to as sensei, or “teacher” in Japanese, Kathy traveled to Japan in 2015 to receive a 7th degree black belt from the grandson of the founder, which placed her internationally among the highest-ranked instructors of traditional aikido.

Crane-Sensei co-authored Aikido In Training in 1993, followed by a 12-volume video series which has become an authoritative reference on traditional Aikido.

Kathy is a retired special deputy clerk with 27 years of service in the Camden County Clerk’s Office, and was the past president of the Stratford Business & Civic Association. She has been recognized by the US Senate and Congress, as well as by local law enforcement and community organizations for her dedication and service to the community.

In addition, Kathy is a certified instructor in the Japanese art of flower arranging known as ikebana, and displays her arrangements at the Philadelphia Flower Show, Longwood Gardens, and their personal dojo.

Most recently, Kathy and Richard Crane are renovating a former church in Laurel Springs to become their new permanent headquarters.