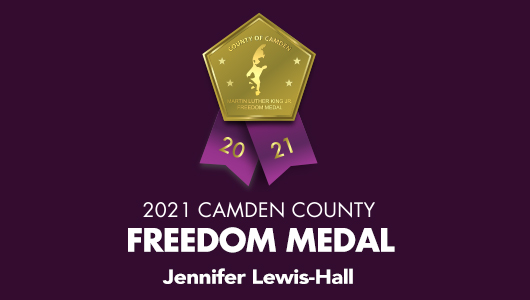 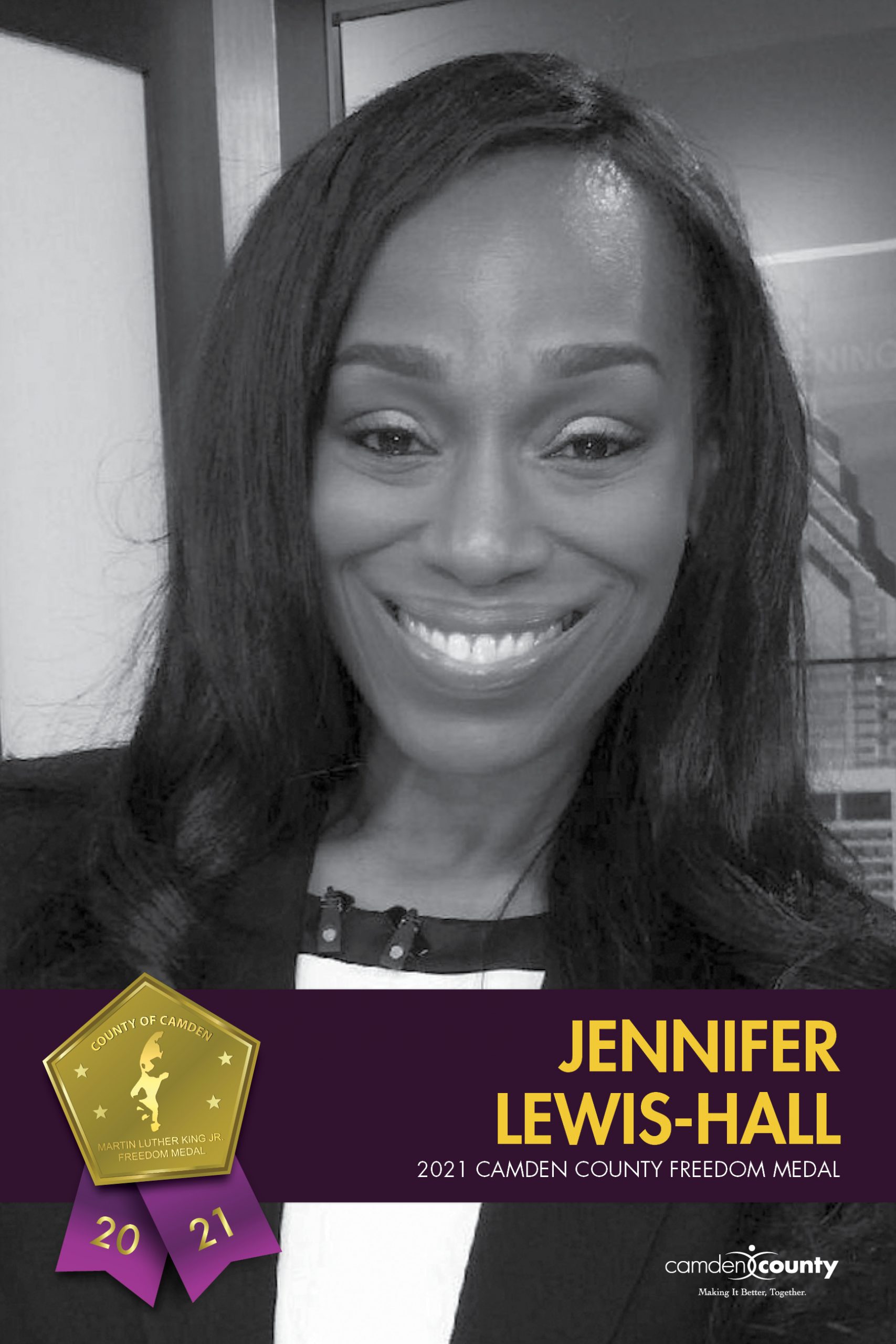 Jennifer Lewis-Hall, resident of Cherry Hill, is a published author and journalist, and an international keynote speaker for issues including human trafficking, volunteerism, community service, and the importance of education. She is also a Philadelphia news anchor at PHL17, manager of community affairs, and a member of the Cherry Hill African Civic Association. She established the Arthur & Evelyn Lewis Trailblazer Award in 2018, which recognizes scholarship applicants who have given back to their community. Lewis-Hall has built an exceptional career in network and local television and multimedia with a focus on raising awareness about many issues impacting our communities. She is often seen hosting a fundraiser or community event. Jennifer is the host and producer of PHL17’s public affairs programs “Politics In Focus” and “In Focus” where she shines a spotlight on politics and topics ranging from heroin and opioid addiction – to “green job” initiatives for people who were previously incarcerated and seeking to change their lives. Among some of her most recent assignments, Jennifer was the host and producer of primetime specials including “PHL17 Your Voice Your Vote”, “Learning Through The Pandemic”, “Voices Rising: Solutions To The Opioid Epidemic”, “Breast Cancer: Keys To A Cure” and “PHL17 Salutes Veterans.” Jennifer covered former First Lady Michelle Obama’s widely followed national book tour, “Becoming” in Philadelphia.

Lewis-Hall holds a master’s degree in Journalism from Northwestern University’s Medill School of Journalism and a bachelor’s degree in Economics and Finance from Douglass College at Rutgers University. She has been a news anchor and correspondent in Philadelphia and New York for over two decades, has an extensive background in business journalism, print and radio and has previously worked at several networks and stations. She is the author of two books, “Life’s A Journey – Not A Sprint” and “Life Changes: Using The Power of Change To Transform Your Life.” She has also used her love of words to create the inspirational card line, “Be Open To Grace ™”.

Lewis-Hall is a member of the Rutgers University Board of Trustees, and has been inducted into the Rutgers African American Alumni Alliance Hall of Fame. She was honored by the Douglass Society at Rutgers University for outstanding achievement in the field of Journalism. She was also a commencement speaker at the University’s Livingston College. Jennifer has been a national keynote speaker for the Speaking of Women’s Health Foundation, where she presented motivational and inspiring messages to thousands of women throughout the country.

In recognition of her professional accomplishments and community involvement, she was awarded the Professional Woman of the Year Award from The Union County Club and the New Jersey Minority Achiever Award by the YMCA of New Jersey. Jennifer is a member of Alpha Kappa Alpha Sorority, Incorporated.