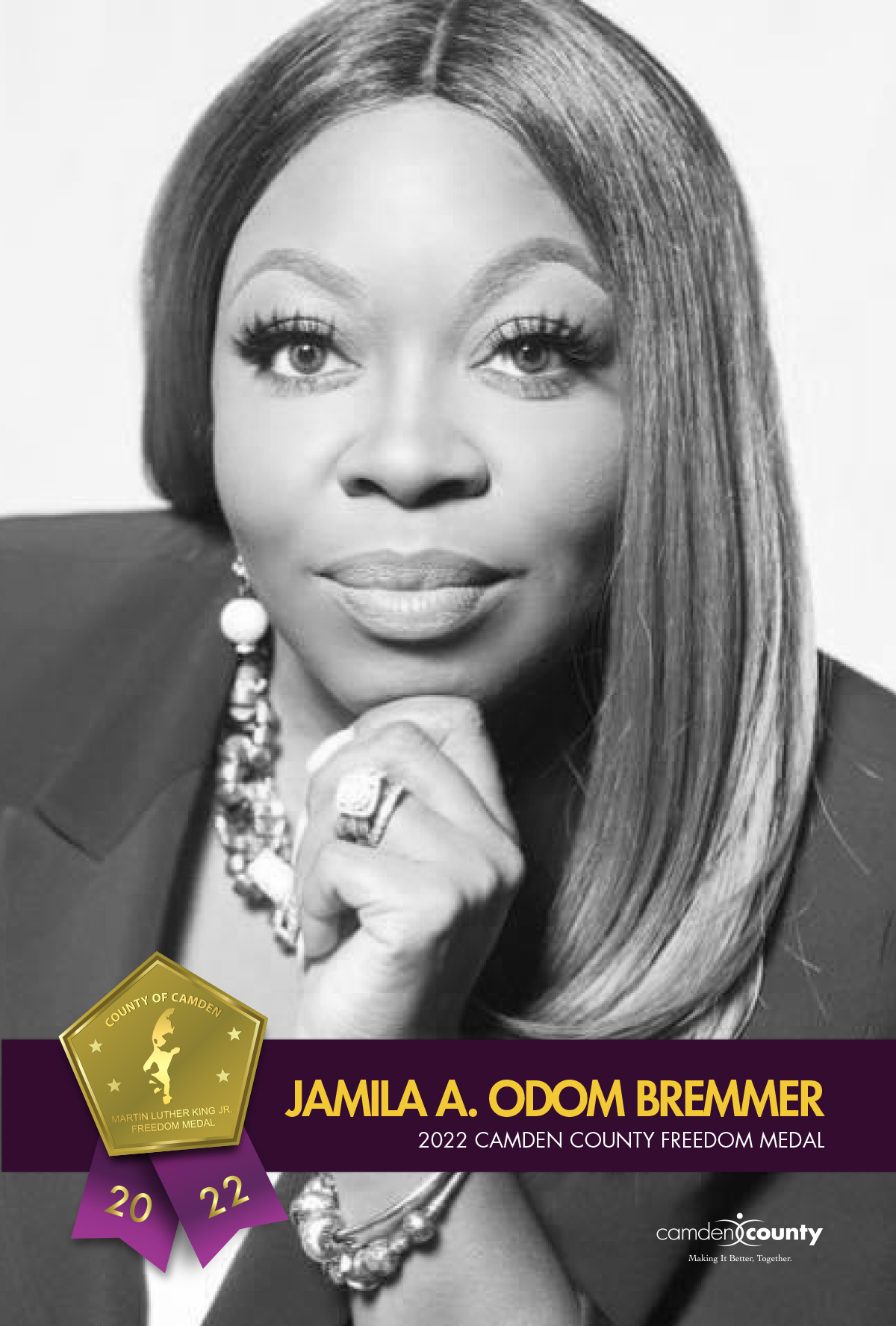 Jamila A. Odom Bremmer, resident of Chesilhurst and Mayor of Chesilhurst Borough, is dedicated to civic awareness, public policy, corporate trailblazing and education. In 2004, Jamila’s first husband was murdered in Camden. She was determined to rise from this misfortune, and to not allow her loss to define her. This led to her to create the ministry “Say Yes to Life.” The organization’s mission is to support people with similar experiences and show them that life goes on after facing a tragedy. Her work quickly caught the attention of long-time Chesilhurst Mayor Michael Blunt, who recruited Jamila as the city’s Drug Alliance Coordinator in 2005. In 2011, Jamila became the first female Pastor of First Baptist Church of Chesilhurst and the Corner Cupboard Food Pantry, founded by her parents Mrs. Jannie and the late Apostle Charlie Odom. The family received recognition from the Camden County Board of Commissioners for their work to end hunger in Camden County. Jamila’s biggest projects include bringing new businesses to Chesilhurst, advocating for a new municipal building, improving the local community center, and providing activities for youth. In November 2019, Jamila was elected Mayor of Chesilhurst Borough Council after serving on council since 2012, including a stint as council president. The position focused on economic development, health, science, technology, and youth leadership. In 2020, Jamila received the prestigious Candance Women of Achievement award from the National Coalition of 100 Black Women of Southern New Jersey Chapter. The award is given annually to women of minority descent to honor their contributions to society and representation of the NCBW mission.