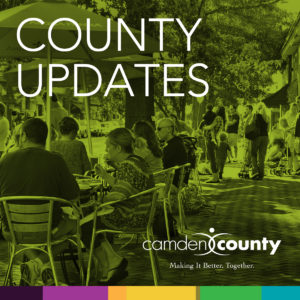 (Voorhees, NJ) – Next week, the Camden County Department of Public Works will begin a major project to significantly improve road quality and traffic mobility of Hopkins Road/Hood Avenue in Audubon and Haddon Township. The $2.5 million project will reconstruct the road surface and realign the area in front of Paul VI High School to improve traffic flow.

“Investments in transportation infrastructure bring the highest return of any initiative we can take as a governing body in terms of public safety and economic activity,” said Freeholder Susan Shin Angulo, liaison to the Department of Public Works. “This is high priority area, even though it’s primarily residential, because of the high volume of traffic brought by the nearby high school, church and other local businesses.”

The project is scheduled to begin on Tuesday, July 30 and is expected to take approximately four months to complete. Crews will prioritize improvements planned along Hood Avenue outside of Paul VI High School in order to complete construction there before the beginning of the new academic school year. In addition to a realignment and road reconstruction, a new crosswalk will be added outside of the high school.

The rest of the project will occur between Cuthbert Boulevard and Crystal Lake Avenue. Crews will also be replacing curbing and improving storm drainage along the roadway, in addition to a full reconstruction of the road surface.

“We have identified several changes that could be made to the design and infrastructure of the storm drainage system which will ultimately improve the quality of water that is being deposited into Newton Lake,” Shin Angulo said. “Given this, and the improvements outside of the high school, this project is designed to benefit residents throughout the entire community, well beyond just those who live in direct proximity to the roadway.”

The project is expected to take approximately four months to complete. Timing is dependent on weather and is subject to change. To follow this project, and all of the Department’s other ongoing projects in Camden County, visit https://www.camdencounty.com/service/public-works/current-projects/.