Grove Street Bridge to Reduce to One-way Traffic for Repairs 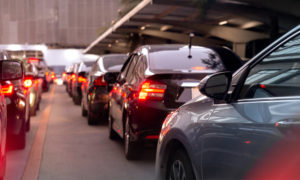 (Lindenwold, NJ) – Beginning Monday, July 22, crews will begin performing localized deck repairs to the Grove Street Bridge between Cherry Hill and Haddonfield. The project will require several detours and closures throughout the week.

“This is a heavily trafficked area, especially during peak commuting times, so it is likely the projects will cause traffic delays, unusual traffic patterns, and longer morning commutes,” Shin Angulo said. “Motorists should be aware of the implemented detours ahead of time and plan for the potential impacts of the new route. Make sure to leave extra time when commuting and remain extra vigilant of additional hazards when driving near crews and equipment.”

On Monday, July 22, crews will restrict the Grove Street Bridge to one-way traffic, permitting motorists traveling from Cherry Hill toward Haddonfield. Traffic traveling from Haddonfield toward Cherry Hill will not be able cross the bridge but will be directed along a detour route utilizing Kings Highway and North Park Boulevard to circumvent the bridge and return to Grove Street.

The one-way traffic restriction will be in place from 7 a.m. to 3:30 p.m. while crews are at work. Beginning each day at approximately 3:30 p.m. two-way traffic will be restored until the following morning.

This project is expected to be completed by the end of work hours on Friday, July 26. Scheduling and project timing is also dependent on weather and may be adjusted due to unforeseen events.