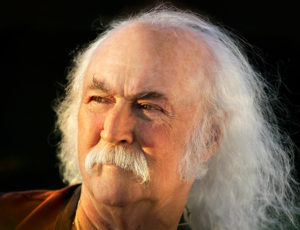 (Cherry Hill, NJ) – The Freeholder Board is proud to present a FREE concert by two-time Rock and Roll Hall of Fame inductee and legendary singer-songwriter David Crosby on June 1 at Cooper River Park in Pennsauken. The show kicks off a concert series celebrating the 175th anniversary of the founding of Camden County.

“We are thrilled to announce that David Crosby is returning to Camden County, and we couldn’t think of better venue to host him than Cooper River Park,” said Freeholder Deputy Director Ed McDonnell, liaison to the Camden County Department of Events and Community Outreach. “Each year the Freeholder Board works with our friends at BRE Presents to provide you with great entertainment. This year, we are planning an amazing line up entertainment to mark Camden County’s 175th year.”

In Crosby’s unparalleled six-decade career, he has created songs that resonate as indelible cultural touchstones for more than three generations, not only as a solo artist, but as a founding member of the Byrds in the mid-60s, Crosby, Stills & Nash, and Crosby, Stills, Nash & Young. He’s collaborated with dozens of artists, including Joni Mitchell, James Taylor, Pink Floyd’s David Gilmour, Phil Collins, Elton John and Carole King. At 75, Crosby remains as engaged and energized as ever, with no end in sight.

The Freeholder Board also announced the headliner for the annual Fourth of July Concert and Fireworks at Wiggins Park on the Camden waterfront this year will be Grammy Award winning artist Boz Scaggs.

More concerts will be announced in the coming weeks, and the full schedule of events will be listed on www.camdencounty.com and in the upcoming Camden County Summer Events Guide hitting mailboxes this spring.