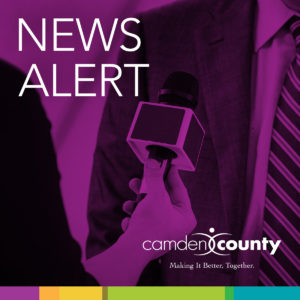 (Gloucester Township, NJ) – Freeholder Carmen Rodriguez has been informed that the New Jersey Department of Health (NJDOH) is awaiting additional laboratory test results from the Centers for Disease Control and Prevention (CDC) regarding four confirmed cases of adenovirus among pediatric patients at Voorhees Pediatric Facility in Voorhees.

Preliminary test results have ruled out Type 7, which caused the severe outbreak at the Wanaque Center for Nursing and Rehabilitation.

The Camden County Department of Health and Human Services, in conjunction with the NJDOH, has been working with the facility to provide infection control recommendations and identify other possible illnesses since the facility notified the state of a case of adenovirus in a resident on Oct. 26.

“The Camden County Health Department has inspected the Voorhees Pediatric Facility twice since being notified to ensure that all protocols prescribed by the state are being followed,” said Freeholder Carmen Rodriguez, liaison to the Camden County Department of Health and Human Services. “The Voorhees Pediatric Facility has been fully cooperative throughout this process.”

The Voorhees facility curtailed new admissions on Oct. 29 but is still accepting readmissions. The facility has the capacity to safely and swiftly separate sick, exposed and well individuals into separate areas. They implemented infection control measures such as cleaning and disinfecting environmental surfaces, and reinforcing appropriate handwashing techniques. The facility is also providing daily updates to public health officials regarding illnesses in the facility.

“The pediatric patients in Voorhees do not have the severity of illnesses we’re seeing among residents at the Wanaque Center for Nursing and Rehabilitation,” Health Commissioner Dr. Shereef Elnahal said. “While we cannot release private medical information, these patients in Voorhees are not in critical condition.” Dates of illness onset range between Oct. 20 and 27.

The facility notified families of the outbreak today and the prevention measures being taken. The facility said it will notify parents of any changes in the status of their children.

Two inspectors with the Department’s Division of Health Facility Survey and Field Operations were at the facility on Oct. 30. Preliminary findings revealed no infection control issues, and no citations were issued.

Adenovirus is a respiratory virus which can cause mild or serious illness, though serious illness is less common. Symptoms may include common cold, sore throat, bronchitis, pneumonia, diarrhea, pink eye, fever, bladder inflammation or infection, inflammation of the stomach and intestines and neurological disease.