First in the nation Alzheimer’s Program in Camden 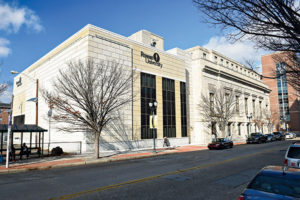 An innovative partnership between Otsuka America Pharmaceutical, Inc. and the Rowan University/Rutgers Camden Board of Governors launched a new collaboration to create an Alzheimer’s Patient Navigation Model. This first in the nation program will create and train individuals for a new certificate program through Camden County College to support people with Alzheimer’s as well as families and caregivers as they manage the disease. This position is modeled after the successful and popular oncology navigators who have become critical to patients battling the disease.

Freeholder Director Louis Cappelli, Jr. talked about the significant need for this position and program to navigate through the complexities of Alzheimer’s care.

“I don’t believe there is a family I know of that is not affected by this horrific disease,” Cappelli said. “Residents suffering from Alzheimer’s have a long, arduous journey and are in need of support and advocacy from a caregiver and a dedicated healthcare professional. This new program will create a real impact on a variety of different levels for patients and their families eliminating many of the tasks that are taxing for the caregiver unit.”

According to the National Institute on Aging, Alzheimer’s disease is an irreversible, progressive brain disorder that slowly destroys memory and thinking skills, and eventually the ability to carry out the simplest tasks. In most people with Alzheimer’s, symptoms first appear in their mid-60s. Experts have pinpointed about five million Americans may have Alzheimer’s.

Alzheimer’s disease is currently ranked as the sixth leading cause of death in the United States, but based on the geriatric population it moves up to third, as a cause of death for older people behind heart disease and cancer.