(Camden, NJ) – In the early morning hours of Tuesday, July 16, a female victim was sexually assaulted at the 600 block of Kaighn Avenue. The victim had spent time with the male suspect earlier in the evening in and around the Broadway corridor prior to the incident occurring at approximately 4:00 a.m.

The suspect in the case is described as an African American male, between the ages of 30 and 40.  He stands approximately 5-feet, 3-inches tall and has a thin to medium build. The suspect was last seen wearing a white tank top, black jeans, and a black baseball hat. The male was reported to have had medium length dreadlocks in his hair and was possibly carrying a plastic shopping bag around the time of the incident.

Anyone with information regarding this assault or the identity of the suspect please contact Det. Schmidt at (609) 519-6930 or use the Camden County Police Department’s Hotline at (856) 757-7072. Residents can also use the STOPit App to send in anonymous tips. 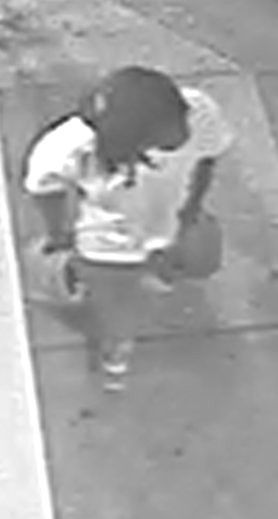