CCPD and Partners Take 66 Kilos of Fentanyl Off The Streets 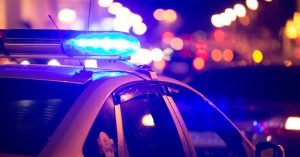 (Camden, NJ) – Last Friday, the Camden High Intensity Drug Task Force (HIDTA) and Homeland Security Investigations (HSI) Cherry Hill Office, under the direction of HSI Newark working with local and state partners seized 66.3 kilos of fentanyl from a home in Pennsauken Township with a street value of approximately $2 million. The investigation also yielded an AR-15 rifle with a large capacity ammunition magazine and more than $64,000 in cash.

“I want to thank all of the participating agencies for the hard work and long hours that went into this month-long investigation and for this historic seizure of a deadly narcotic,” Camden County Police Department Chief Gabriel Rodriguez said. “I cannot say enough good things about the work that was done by HSI and Camden HIDTA with assistance from the Camden County Prosecutor’s Office, New Jersey State Police, Pennsauken Police Department and the Camden County Sheriff’s Office. This investigation took the purest fentanyl we have ever encountered off street corners in the city and inevitably saved thousands of lives.”

Search warrants were initiated and executed at the 4700 block of Lafayette Avenue in Pennsauken on Sept. 24, by the Office of the Sheriff. Three suspects were arrested on site:

Jason J. Molina, special agent in charge of the HSI Newark Field Office, spoke about the impact that this investigation and partnership had on the community:

“Investigations like this one, which remove high quantities of deadly narcotics and powerful weapons from our streets, highlight precisely why joint partnerships among county, state and federal agencies, like the Camden HIDTA, are so successful,” Molina said. “Together, we didn’t just remove a dealer from the streets; we disrupted a sophisticated production operation that showed the link between drug distribution and the gun violence harming our communities.”

Jerry Daley, executive director of HIDTA, talked about the extensive work that was done and the large contribution this seizure made to regional public safety:

“Fentanyl and its analogs have been the region’s and the nation’s most dangerous drugs threat for the past several years. Too often, it’s use has resulted in serious consequences, including thousands of deaths every year,” Daley said. “Any time law enforcement can remove large quantities of fentanyl from the marketplace, we are saving lives.  The Liberty Mid-Atlantic HIDTA congratulates the Camden County Police, HSI and its partners for making this seizure, and extends its support to the agencies who continue the effort to make our communities safer by pursuing those who traffic in this poison. Every dose removed from the drug supply represents one more life likely saved.”

“It has been proven that even trace amounts of fentanyl can have the potential to sicken or even kill an adult, which really puts a seizure of this magnitude into perspective,” Callhan said. “This investigation undoubtedly saved a countless number of lives, and I am grateful to all of the dedicated law enforcement professionals who worked tirelessly to bring those responsible to justice.”

Acting Camden County Prosecutor Jill S. Mayer described an effort and operation that may have set a state record for a fentanyl seizure:

“Thanks to extraordinary efforts of our federal, state, and local partners, we have seized one of the largest, if not the largest, quantity of suspected fentanyl in Southern New Jersey,” Mayer said. “These drugs will never make it to the streets because of the collaborative work of all involved to interrupt this distribution chain.”

Pennsauken Police Chief, Phil Olivo, talked about the importance of interagency partnerships and the results that can have for the community:

“I am proud of everyone who worked together on this job which led to the extraordinary seizure of fentanyl,” Olivo explained. “We are lucky that our department has enough resources to dedicate a member of our agency to the team. A seizure of this size prevented many overdoses and saved the lives of many people who would have purchased this fentanyl at the street level.”

“Any time we can work with our state and local partners, and remove this poison from the streets of Camden County it’s a good day,” Wilson said. “I want to thank Camden HIDTA, HSI, the state police and all of our other partners who worked on this operation. There is no doubt that lives were saved by keeping these narcotics out of our community.”

All three suspects have been remanded to the Camden County Correctional Facility.