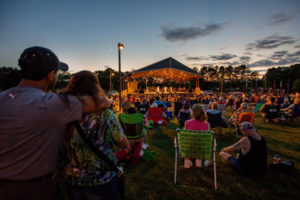 (Cherry Hill, NJ) – The Camden County Freeholder Board is proud to present the 2019 Summer Concert Series. This year’s lineup of free outdoor concerts includes two-time Rock and Roll Hall of Fame inductee and legendary singer-songwriter David Crosby on June 1 at Cooper River Park in Pennsauken. The show kicks off an amazing summer concert series celebrating the 175th anniversary of the founding of Camden County.

“We are thrilled to announce that David Crosby is returning to Camden County, and we couldn’t think of better venue to host him than Cooper River Park,” said Freeholder Deputy Director Ed McDonnell, liaison to the Camden County Department of Events and Community Outreach. “Each year the Freeholder Board works with our friends at BRE Presents to provide you with great entertainment. This year, we are planning an amazing line up entertainment to mark Camden County’s 175th year.”

“All of this entertainment and more can be found in the 2019 Camden County Events Guide that will begin arriving in mailboxes in May,” McDonnell said. “In the guide, you will find all the information your family needs to plan a great summer with entertainment that’s hard to beat. In addition to concerts, there are festivals, sporting events, programs for individuals with disabilities and much more.”

This year’s concerts include:

At the foot of MLK Boulevard, Camden City
All concerts start at 8 p.m.

Attention editors:  pictures and interviews can be provided.