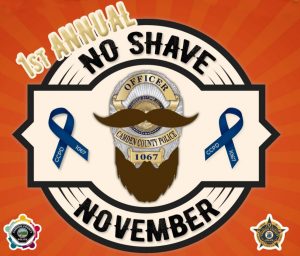 (Camden, NJ) – For the first time, Camden County Police Department officers are participating in No Shave November to honor a fallen member of the CCPD family.

Starting Monday, officers who donate at least $1 a day ($30 or more for the month) will be able to forgo shaving and grow their moustaches and beards. The donations are being facilitated through the Fraternal Order of Police Lodge 218, and this marks the first time since the department’s inception that CCPD officers have the chance to participate in No Shave November.

The money being raised by the agency will go to honor Officer Matthew Sviben who died in September. Officer Sviben was just 26 years old and had been on the job for just a week in January 2020 when he was diagnosed with Stage IV colorectal cancer. Now, his fellow Camden County Police Department officers will be donating in his name to cancer research at MD Anderson Cancer Center at Cooper University Health Care here in Camden City.

“This is the least we can do to honor the memory and legacy of Officer Syiben and his family,” Chief Gabe Rodriguez said. “Everyone knows someone who is adversely impacted by cancer either directly or indirectly and we thought a donation to one of the top cancer institutes in the nation would be a fitting tribute to Matt.”

The campaign started on Oct. 28 and has already raised $6,500 in donations. Anyone interested in donating to this cause can click on the QR code on the FOP flyer or checks can be written to the local FOP lodge with No Shave November Campaign in the notes section. 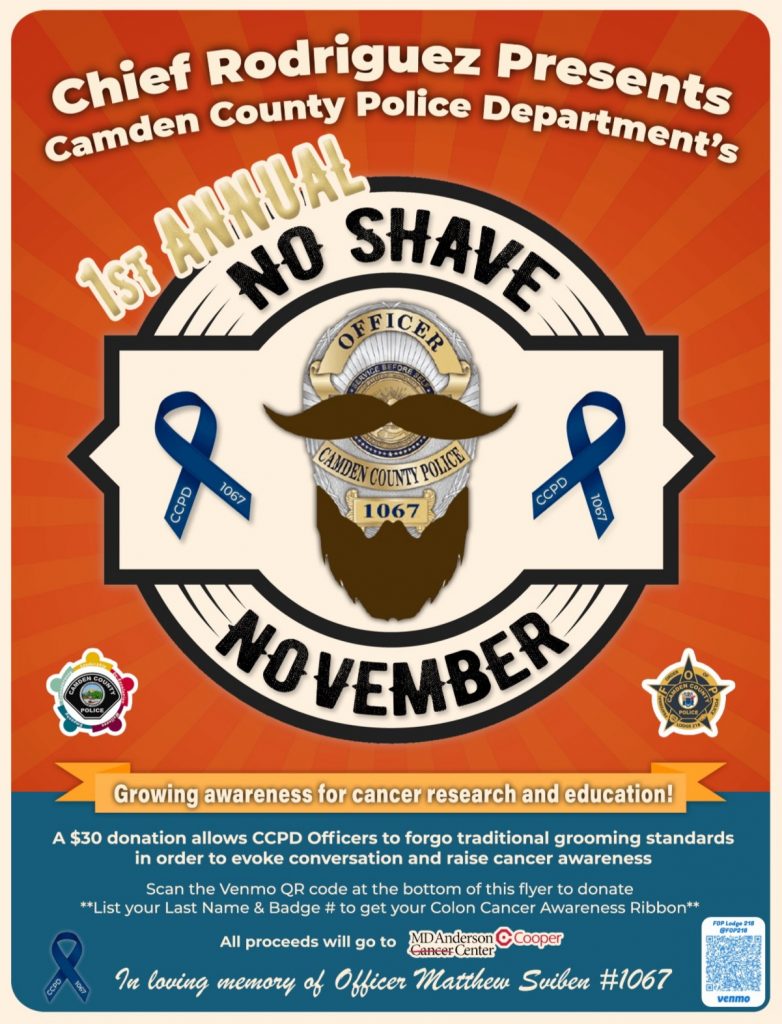