BCC News: What Happened When a City Disbanded its Police Force 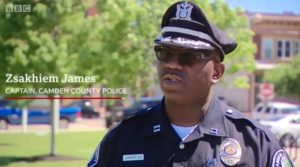 Camden, New Jersey, created a brand new police force to forge better ties with its residents. Their aim was for the police to be guardians, not warriors of their community. The city used to have one of the highest crime rates in the United States but now, eight years later, it is seeing its lowest crime rate in 50 years.