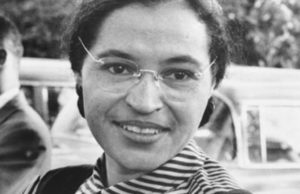 “The African American Film Festival will excite, inspire and celebrate the rich history of the African American Community and mark the contributions of some of the great leaders of the Civil Rights Movement,” said Freeholder Jonathan Young.

The African American Film Festival is being held at the Riletta L. Cream Branch located at 852 Ferry Avenue in Camden City. All films begin at 5 p.m.

This 2002 movie stars Angela Bassett as Rosa Parks and Cecily Tyson as her mother. The film chronicles Rosa Park’s life and her contributions to the Civil Rights Movement.

“Mahalia Jackson: The Power and the Glory” – February 28

The 1997 film about the life and music of gospel singer Mahalia Jackson. Possessing a powerful voice, she was one of the most influential gospel singers in the world and was heralded internationally as a civil rights activist.

For more information on the Camden County Library System, including how to find your local branch, visit www.camdencountylibrary.org.