Charles Y. Murphy III (Kim) retired from his work as a civil engineer on the railroad in 1994, but he stayed plenty busy. He cared for his wife, Lois, who suffered from complications of diabetes and passed away in 2003 and he also started to volunteer. He was a Deacon and an Elder at his church, an officer of the bowling league, and he sang. In 1998, he became an AARP Tax-Aide. This program offers tax preparation help for anyone who can’t afford a tax preparation service. Kim attended classes, studied, and passed the exam.  He began spending three days a week from February through April at the Pennsauken and Bellmawr Libraries helping people complete their tax returns. For ten years, he has been the ERO (Electronic Reporting Originator). This year, once he completes the yearly refresher course and passes the exam, Kim will be working on his 18th tax season. Kim is now happily married to Jane. Charles is from Cherry Hill Township. 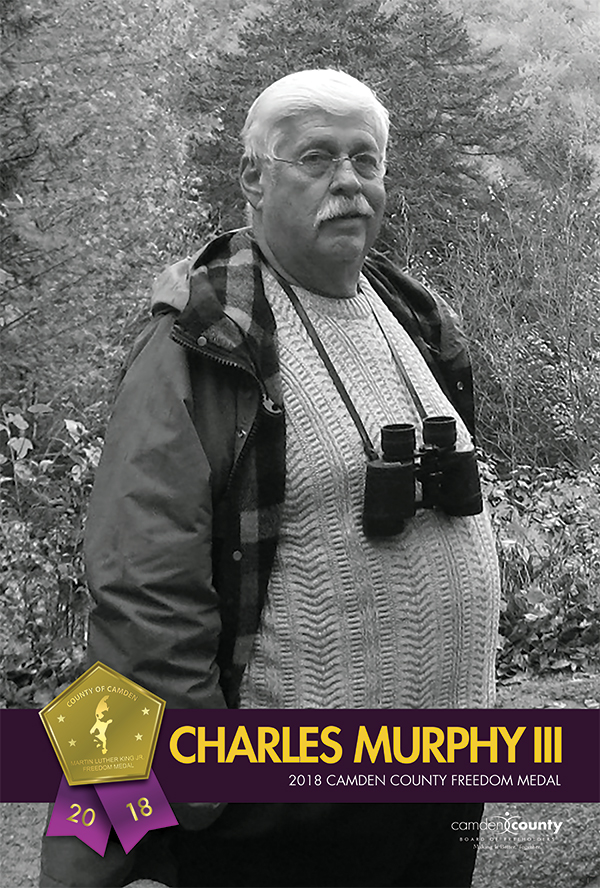