Bill Bramble was an outstanding basketball player at Camden Catholic (graduating in 1963) and Rutgers-Camden, where he earned his degree in 1968. At Camden Catholic, he was selected to the All-City and All-Parochial teams in his senior year – seasons in which the Irish competed against such South Jersey powerhouses as Camden and Bishop Eustace. He was also a second-team All-South Jersey choice as a senior.

He and Collingswood’s Gary Williams were the first two players to receive awards from the Basketball Club of Southern New Jersey for their play in the scholastic March of Dimes Tournament. Bramble also played baseball at Camden Catholic.

At Rutgers-Camden, he led the Pioneers to a 62-25 record during his four years, which was the best four-year run in program history. He also sparked the team to the 1967 Delaware Valley Conference championship. Rutgers also won a DVC title during his freshman season in 1964-65.

Bramble was the all-time leading scorer in Rutgers-Camden’s men’s basketball history with 2,110 points and a 24.3 average. He also holds the school records for field goals (839), field goal attempts (2,012), free throws and free throw attempts (580). His 602 points and 136 free throws made during his senior season both rank second on the college’s single-season lists and his 81% free throw percentage that year ranks third. 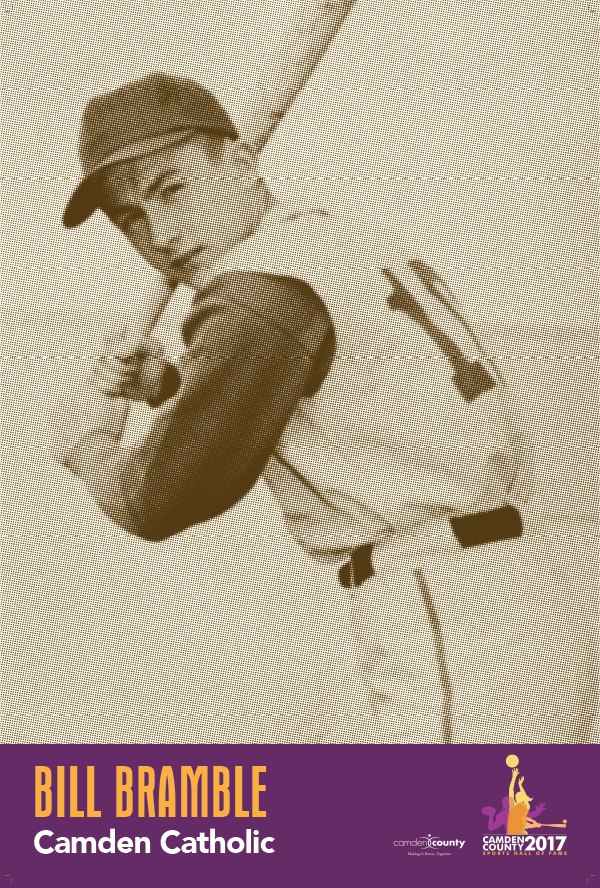 In addition to the highest single-season scoring average of 28.7, Bramble’s 26.2 average in his junior year ranks third among the all-time records and led Rutgers to the aforementioned DVC title. Among his other single-season accomplishments, he owns the top three seasons for field goal attempts (549 in his senior year, 512 as a junior and 490 as a sophomore). He also holds the fifth-, sixth- and seventh-highest records for field goals made (233 in 1967-68, 223 in 1966-67 and 204 in 1965-66).

Bramble scored 30 or more points 16 times in his four-year career. On two occasions he tallied 45 points in a game (Feb. 17, 1966 against Salisbury State and Dec. 1, 1966 against Philadelphia Bible), a record that stood until Dan Rucker scored 46 in 1978. Bramble added a 44-point game against Philadelphia Bible on Jan. 4, 1968, giving him three of the top four single-game point totals in program history. In his 45-point effort against Salisbury State, he had 20 field goals, the second-highest total in program history.

Bramble was selected to the Philadelphia Area Small College first team in all four years he played at Rutgers-Camden. He was also chosen the South Jersey College Player of the Year in 1968 by the Basketball Club of South Jersey.

Following his college days, he was employed by the U.S. Postal Service and is now retired. He also coached the Paul VI High School team and St. Joan of Arc Grammar School teams.

Bramble is the father of three children: Brian, 36; Kimberly, 35; and Gina, 31. His wife is deceased. Bramble now lives in Haddon Heights.