Tom Curley produced winning football programs at Clayton, Audubon and Haddon Township High Schools, but more than that he has gained many admirers as a teacher, guidance counselor and friend.

He came from the coal-cracking area of Northeast Pennsylvania, where his dad coached baseball at what is now Wilkes College. Curley played football, basketball and baseball for Coughlin High School and was undersized 165-pound offensive lineman for football. He has recruited linemen at twice that weight for the Adam Taliaferro All-Star Game in South Jersey.

Curley commuted to King’s College, majoring in education with a minor in biology. He had considered applying for medical school but married Mary Alice Crowley upon graduation from college and also faced the draft. So he served a two-year military hitch and went to work for a pharmaceutical company.

But kids came along and he decided to go into teaching and coaching. When no school district in Pennsylvania was looking for a biology teacher, the Curleys scanned the classifieds in New Jersey. They found such a position at Clayton High, one of the smallest schools in our state. The position also entailed being an assistant coach in football.

Clayton had been coached by the now-legendary Harry Gamble (who moved to Audubon and was succeeded by Joe Martin). They had pretty good teams, despite being outmanned, losing one Tri-County championship and defeating Pitman in another.

Curley then moved to Audubon and coached under Gamble. When Gamble answered a call to coach in the college ranks to Penn, Curley was the choice to succeed him. Curley had very few big men and always coached to fit the material available, so he employed a run-and-shoot offense to spread the field. He won four Colonial Conferences and two South Jersey Group 2 championships at Audubon with players like Frank Bon Vardo, Tom Quinton, Rick Owens, Bob Rickenbach, Bob Preziosi and Paul Frantz. 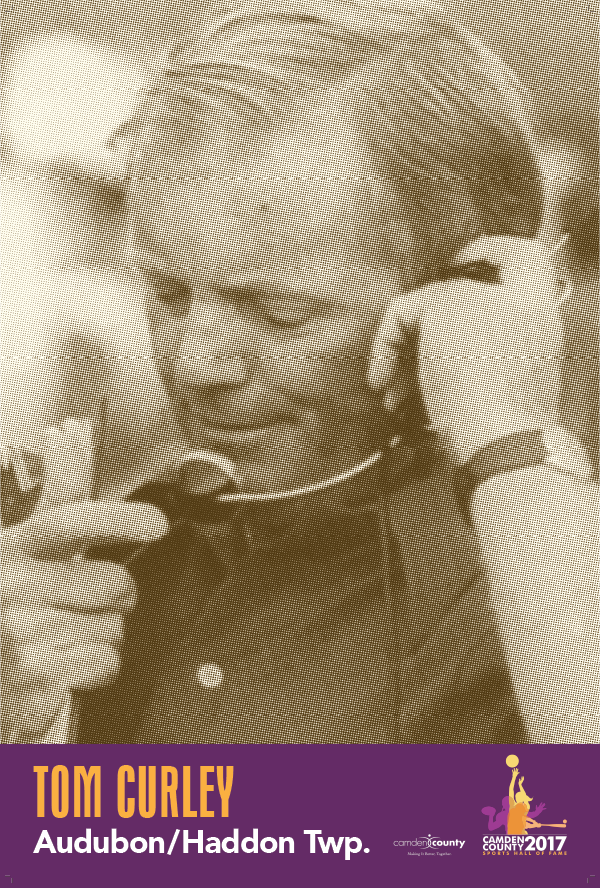 Curley then answered a call to take over the Haddon Township High reins, which had never had winning football teams until he arrived on the scene. He established a winning attitude and also produced outstanding players such as John Walter, Steve Flacco, Steve Brady, Glenn and Jeff Gurtcheff. The Hawks won two more conference titles and came within an eyelash of winning the South Jersey Group 2 title.

Curley, a true family man, was always joined on the sidelines by Mary Alice and their six children after a win or loss. Curley also served as a founder and chairman of the Haddon Township High Sports Hall of Fame and became active in the Adam Taliaferro Foundation and the all-star game that raises money for it.

He has been a strong role model for all those who played football under him and the high school students he has taught and counseled during his 40-plus years in public education. He has also enjoyed the respect and admiration of his peers. For his career accomplishments, he has also been elected to the South Jersey Football Coaches Hall of Fame and the NJ State Football Hall of Fame.

For most of the past year, Tom has been confined to several hospitals and rehabilitation facilities in the area due to serious leg circulation problems and infections. He has the support of children Suzanne McFarland, Mary Pat Mignogna, Maureen Bruno, Kathleen Zelinski, Patrick Curley and Molly Fleming, whose mother is also in long-term care.