For the past 32 years, John Barr has enjoyed a career that most sports fans would die for. He’s made a life work out of his passion for baseball and become of the most respected baseball people in the business. At Audubon High School, he lettered in baseball for Hank Greenberg and basketball for John Kling and played first base on Audubon’s first state championship baseball squad in 1975.

His 3.0 grade point average and involvement in sports, as well as student council and a member of the yearbook and newspaper staffs, earned him a scholarship to Rider College. There he was a four-year letterman in baseball and co-captained the 1979 team. He also earned a BS degree in accounting and business law.

Barr’s entry to baseball was serving as an assistant coach at Mercer Co. College and then Fairfield University. He then began his career in major league baseball as Administrative Assistant for Minor Leagues and Scouting. He became East Coast Supervisor for the Minnesota Twins in 1988. The following year he served as Scouting Director for the Baltimore Orioles and was responsible for signing first rounders Ben McDonald in 1989 and Mike Mussina in 1990. Mussina had a fine career and has a decent chance of being elected to the Baseball Hall of Fame.

Barr served as Assistant General Manager for the San Diego Padres (1991-93) and returned to the Mets as Scouting Director from 1994-97. He was responsible for signing starting pitchers A.J. Burnett and Paul Wilson, as well as Jay Payton and Terrence Long, among Mets’ signees.

He then spent ten years as East Coast Supervisor of Scouting for the Los Angeles Dodgers, where he was instrumental in the signing of All-Star catcher Russell Martin, along with starting pitcher Edwin Jackson and reliever Jonathan Braxton. 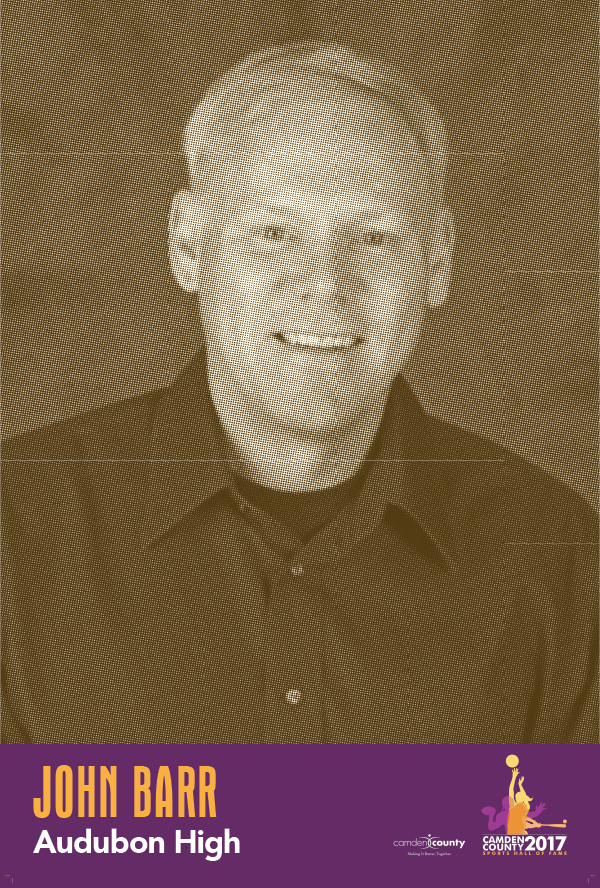 In 2007, he joined the San Francisco Giants and today holds the titles of Vice President and Assistant General Manager, Scouting and International Operations and has overseen amateur and international scouting. He has had a major role in the Giants’ success on the field with World Series championships in 2010, 2012 and 2014. He signed Buster Posey, 2010 Rookie of the Year and 2012 National League Most Valuable Player – and who is generally considered to be the best catcher in the Major Leagues today. He also signed Brandon Crawford, Brandon Belt and Joe Panik, who have also been key players in the Giants’ three World Series titles in seven years.

Barr then switched gears and accepted responsibility for overseeing the newly-completed construction of the Giants’ state-of-the-art baseball complex in the Dominican Republic. The Dominican is one of the hotbeds for producing major league talent and his vision and leadership in developing the baseball complex may pay big dividends for the Giants in years to come.

Barr lives in Haddonfield with his wife of 33 years, Marianne, and their four children – daughters Kate, Eileen and Mary; and son Blake. With all his national and international success, he is proud to call Camden County and South Jersey his home port.