When the incomparable singer, Tony Bennett, was asked about his legendary career that has spanned seven decades he replied, “fame comes and goes; longevity is the thing to aim for.”

Now there is no evidence that Mr. Dan Baker, the highly-regarded sports public address announcer and respected broadcaster in Philadelphia ever sought the counsel of the cool crooner, but Baker’s strategy of humility and hard work has certainly carved out a long and distinguished career that has earned him a rightful spot in the Camden County Sports Hall of Fame.

Dan Baker was born in Philadelphia, but his love for all things sports was nurtured in South Jersey where he grew up in Mount Ephraim and attended Audubon High School and Glassboro State College before earning his Masters Degree from Temple University.

Dan taught school in Philadelphia after his formal education was completed, but also began an apprenticeship with his passion for sports and built it into a body of work that became recognized nationally for its quality and versatility. Baker worked as a spotter and statistician for Stu “Captain Philadelphia” Nahan doing local college football broadcasts. His keen eye and reliable work quickly led to additional pro football assignments.

But Dan’s big break to get behind the microphone came in the Spring of 1972 when the Philadelphia Phillies hired him as the team’s public address announcer, and in true Lou Gehrig “iron-horse” style, Baker has never left the starting lineup and recently finished his 46th straight season.

Baker has been privileged to be the PA voice for five World Series, two MLB All Star games and is one half of an historical baseball footnote along with former Chicago Cubs PA announcer, Pat Pieper (1916-1974) where one of them has been announcing games for 101 consecutive seasons.

Dan’s elevated profile with the Phillies made him a natural choice to replace Matt Guokas, Sr. as the PA announcer for the Philadelphia Eagles, so Baker transitioned from his 18-year stint as a statistician for the Birds broadcasters and took his place behind the PA microphone at Veterans Stadium, and later at Lincoln Financial Field.  In total, Dan served the Eagles and their faithful following for 47 seasons; the last 29 years (1985-2014) as the PA announcer. 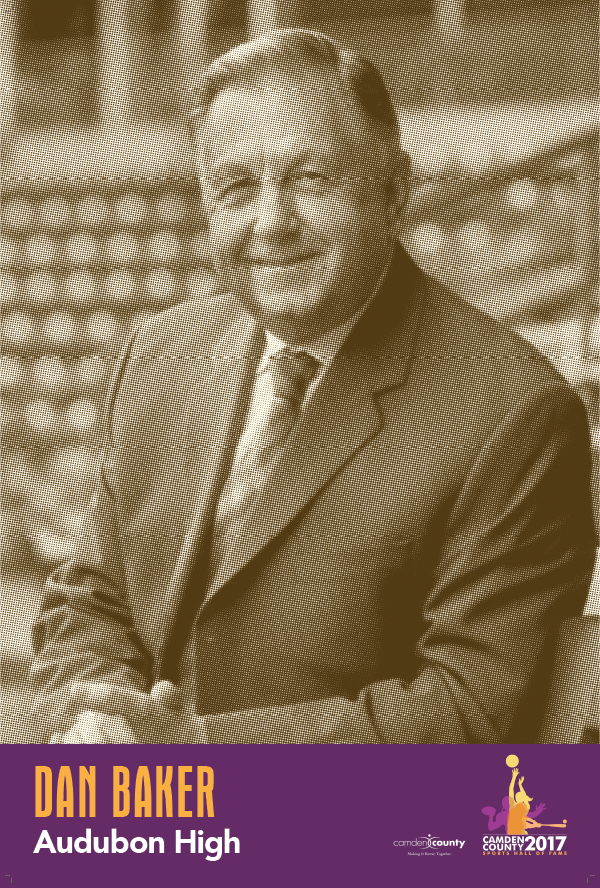 Over the years and in the ebb and flow of the Phillies and Eagles seasons, Dan slipped seamlessly to the hardwood and called the basketball action for the Drexel Dragons for 15 campaigns; for Big Five hoops for 21 seasons and also served as its executive director for 15 years.

Sports lovers in the Delaware Valley have been blessed with many iconic voices that have chronicled our professional and collegiate athletic events as broadcasters and public address announcers – legends such as John Facenda; Richie Ashburn and Harry Kalas; Merrill Reese; Gene Hart; Al Meltzer; Dave Zinkoff and Lou Nolan – and Dan Baker stands shoulder to shoulder with all of them.

So at the end of the day, Dan Baker has tailored his own affable and easy-going style to singer Tony Bennett’s sage advice and aimed for, and achieved, longevity in his craft. And while along the way he also has earned a bit of the fame and celebrity from the knowledgeable and demanding sports fans of the Delaware Valley who have long admired his work.