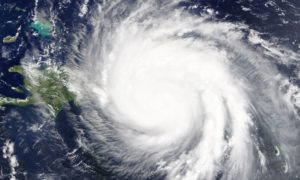 (Camden, NJ) – The ongoing effort by Unidos Por Puerto Rico to assist those impacted by Hurricane Maria in Puerto Rico has collected over 350,000 pounds of non-perishable items such as water, food and medicine, and received more than $123,000 in monetary donations. In late September, shortly after the scale of damage to the island was reported, the Freeholder Board, Camden County Office of Hispanic Affairs and the Puerto Rican Congress of New Jersey started working on raising money and collecting nonperishable items for effected residents.

In the aftermath of Maria, which hit Puerto Rico more than a month ago, only 25 percent of homes have had their power restored and in the northern areas of the island only 46 percent of residents have clean running water. At this point only one in 10 schools have been reopened and estimates put full power restoration to the U.S. commonwealth sometime in early 2018.

Freeholder Carmen Rodriguez talked about the moral imperative to help the 3.4 million residents still suffering through the fallout of Hurricane Maria.

“I would like to thank everyone for their efforts and generosity toward those living through the devastation in Puerto Rico. We are looking at a disaster of epic proportions,” Rodriguez said. “I want to thank the Puerto Rican Congress of New Jersey and the employees of Hispanic Affairs for their efforts during the relief campaign. We have made great progress in short period of time, but the island still has a long way to go.”

Three hundred and fifty thousand pounds of nonperishable items were delivered to the U.S. Army National Guard base in Mt. Holly yesterday. The items were trucked up to the base from Camden by tractor-trailer and will be brought by the National Guard to the island.

State Senator Nilsa Cruz-Perez explained the importance of working on this as a combined community.

“The entire island of Puerto Rico has been greatly affected by this tragedy, the sheer degree of devastation is massive,” Cruz-Perez said. “We need to focus as a community, state and nation on rebuilding Puerto Rico. Their residents are not only our fellow citizens, but to many of us, they are family.”

Donations are being accepted on an ongoing basis at all South Jersey Federal Credit Union locations, and six Ravitz family-owned supermarkets.