Terry Schall Durkin, who was inducted into the Camden County Sports Hall of Fame in 2004, will be honored tonight with the Bob Kenney Award. It’s the latest honor that will be bestowed upon the little lady who has been officiating basketball games and teaching physical education for the past 54 years.

Terry played basketball under the legendary Bert Nolan at Gloucester Catholic High and was the captain and playmaker. Under Nolan’s tutelage, she gained a love and feel for the game that has stayed with her.

Gloucester Catholic was a powerhouse in South Jersey girls’ sports in the 1960s. “I was the ball handler and we had some girls that could really put into the basket,” she said. “Bert made the game fun for us and that part of the game really stuck with me.”

Durkin played during the six-person “half court game” that placed three girls in the frontcourt who could shoot and three in the backcourt to defend. Then they had the “rover” which was the only player who coud play the whole court.

“I was mostly the rover, which meant I could get shots,” said Durkin. “But it was really an opportunity for me to set up the other shooters.”

When she graduated, Catholic schools were having a difficult time getting teachers. A new school in Runnemede, St. Teresa’s, offered Terry a job. 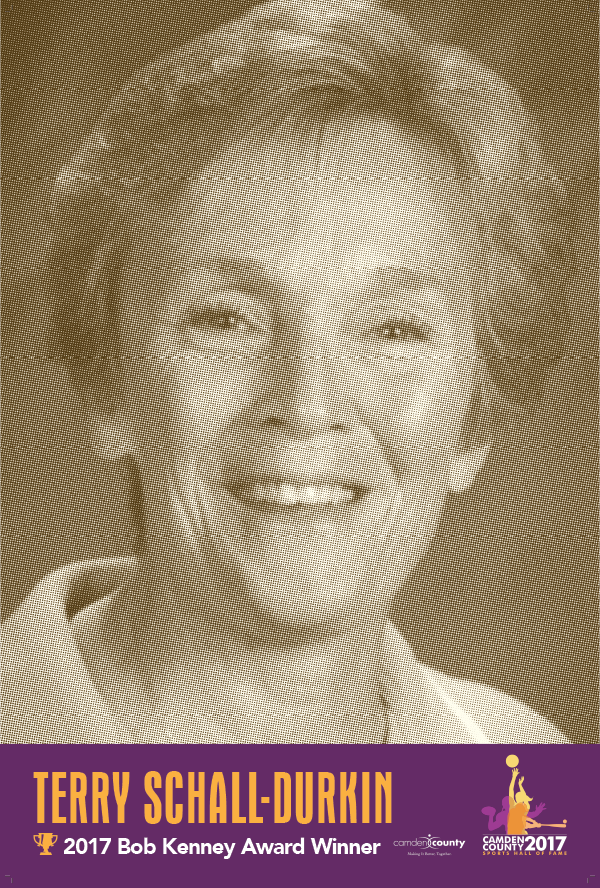 “I went right out of high school to teaching physical education and coaching basketball to girls of middle school age,” she said. “Basketball was the only program for girls then, but we started a volleyball team in 1965 and the volleyball league is still going strong today.”

Durkin also got involved in officiating basketball and wound up running the floor for over 50 years. “For a long while, I was officiating games five days a week, then it was down to two or three games per week,” she noted. “For the past few years, I haven’t worked games, but I am still an active member of the board of West Jersey Chapter 5.”

She has taught for five decades at St. Rose of Lima School near her Haddon Heights home. She may very well have taught the rudiments of many sports to three generations of grammar school girls. That includes teaching basketball under the same rules as boys’ basketball. Somehow, everyone now admits that girls don’t have a “delicate constitution” and play at the same pace the boys do.