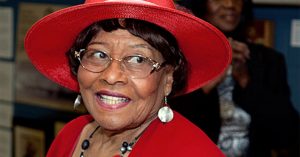 The statement below is by Commissioner Director Louis Cappelli Jr. on behalf of the Board of Commissioners on the passing of former Camden Mayor Gwen Faison.

“It is with an extremely heavy heart that we express our sincerest condolences to Gwen’s family and loved ones. As a former county commissioner and mayor of Camden City, Gwen had an extraordinary impact on our community, and was a mentor and friend to many who still hold elected office in Camden City and Camden County today.

A leader of unmatched quality during an unprecedented and tumultuous time, Gwen served Camden as its first elected woman mayor and guided the city through an eight-year period of state control. She was a fighter unafraid to do what she thought would benefit the residents of her city, and she shattered glass ceilings and antiquated barriers for women, and specifically women of color, along the way.

She was an undeniably recognizable figure in city council chambers, whose talent in governing was matched only by her affinity for fashion. Gwen was unmistakable in her signature suits and hats, and we will forever miss the life and color that she brought with her wherever she went.

Today, we ask the Camden County community to join us in keeping Gwen and her family in your thoughts and prayers, as we remember and reflect on the incredible life of an incredible leader.”