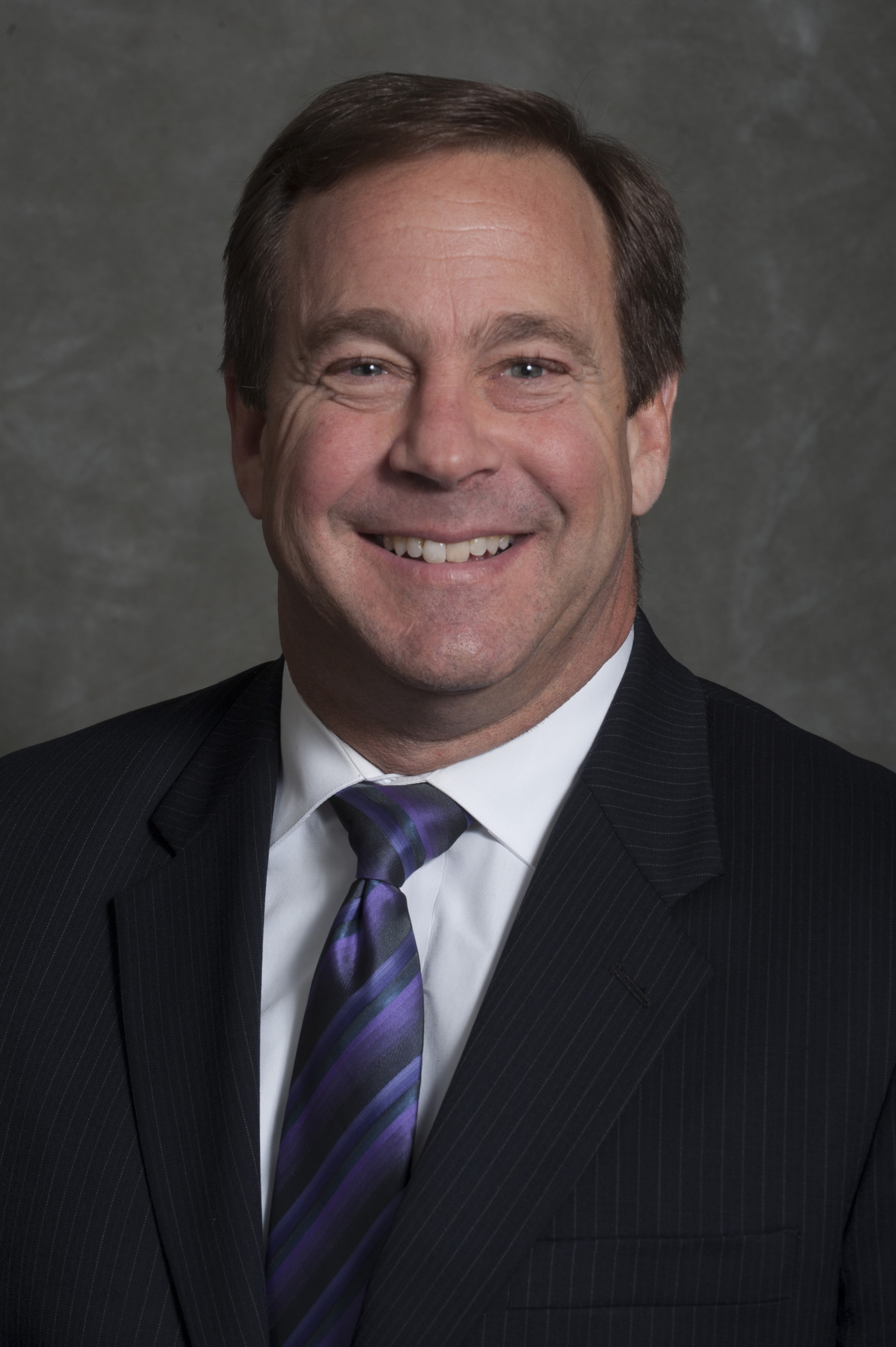 The full text of the State of the County Address by Freeholder Director Louis Cappelli, Jr.

Good afternoon everyone, I want to start out by saying, here in the county seat, in our 175th year of existence, the state of Camden County is strong and vibrant. That strength is sourced from its people, its collective work ethic, and its growing and ever-expanding economic base.

Last year was one of accomplishment- accomplishments that made our region a better place to live and enhanced the quality of life for residents throughout our community. We worked to make higher education more affordable, improve primary education, to provide treatment for those suffering from the scourge of opioids, our police officers and prosecutors worked to remove guns, lower homicides and hold violent criminals accountable. In short, I believe our 175th year will be one of note and one in which will make us all proud to call Camden County home.

The past year was memorable, and I would like to start by revisiting some of the highlights as we continue, as a board, to pursue big things whether it is a groundbreaking early intervention program for opioid use disorder or reducing homicides in Camden. In 2018, we took on big Pharma in the courtroom and made fiscally responsible decisions- as our bond rating remains at a historically high level. We are moving forward with a $25 million investment into Newton Creek Park and are developing, the first of its kind in the nation, microgrid, to power our institutions and create more resiliency and buttress the strength I spoke of earlier. We continued to work with the homeless, pursuing more housing first construction and are bearing down on solving the re-entry puzzle so inmates have a second chance once they have served their time and don’t end up back in jail.

Speaking of the Camden County Jail, our population has fallen by almost 40 percent because of progressive programs like bail reform and a nationally recognized MacArthur Foundation grant that will continue to help us focus on lowering recidivism rates for years to come. As a nation and a county, we cannot stand idly by on this issue- we need to provide the social services to get individuals back on their feet and moving forward when they leave our institution to be successful and able to function back in society.

I also would like to take a minute to underscore the importance of the work done in 2018 on healthy green spaces throughout our county. We know through research done on the topic that a healthy and clean park space is a critical component to any neighborhood. And here in Camden County we are lucky to have an advocate like Jeff Nash who has tirelessly worked on this issue for decades and has built one of the best park systems not only in the state of New Jersey, but in my humble opinion, in the nation. We know that open space does amazing things for a community, it’s been shown to be a third place for people to congregate, increase life expectancy and is the cornerstone for children as they grow up.

Being a father and the son of an educator, I can tell you the research bears out and I want to applaud the work that Jeff has done in the city and throughout the county. Whether it’s the new park at Alberta Woods in East Camden, the imminent opening of Gateway Park along the Cooper River, or Timber Creek Park in Gloucester Township- the county Parks Department and our partners have been doing tremendous work.

Before I close out 2018, I also want to talk about the unprecedented investment the Freeholder Board has been making into our roadway and bridge network. We have taken millions in grant money to rebuild the county from the state DOT and federal government. We will be reconstructing much of downtown Camden City with state funds, rebuilding long stretches of main arteries like Haddonfield-Berlin Road and Haddon Avenue. In addition, we continue to refurbish some of our 61 critical bridges that cross over a matrix of waterways throughout the county. In total, we will be investing $50 million into our highways and byways to keep the county moving and to keep commerce flowing.

Now make no mistake, we have big challenges ahead, whether it be housing, opioids, gun violence or transportation issues. These challenges are exactly why every one of these elected officials are with me here today and why we serve. None us will be satisfied until these problems are completely solved.

Now, moving forward into 2019, we will continue to focus our energy on the two most significant health epidemics lowering the life expectancy of men and women in the county and the nation at the forefront, both opioid abuse and gun violence. We have been working diligently on both issues to stabilize the scourge of guns and opioids over the past four years and I believe in 2019 we will continue to make significant progress on both measures. These are the big issues of our time that take the intestinal fortitude and the dedication of proven leaders to resolve and create solutions.

First, on opioids, I believe our battles in the courtroom, hospitals, streets and schools are making a difference. I believe this year, with the combination of Project SAVE, SAL, Narcan training and the ongoing work of the Task Force we will finally see overdose fatalities decrease in Camden County. What does that mean for our community? It means fewer funerals, decreased crime, less mourning families, a reduced inmate population and most importantly it means a healthier Camden County.

Second, on guns, it is time for us to have the federal government enact the same laws we pride ourselves on in New Jersey to stop the madness. Tomorrow the House of Representatives will be bringing a bill forward to enact universal background checks. I want to applaud them for that because it is overdue legislation that the nation has been demanding for years. This Board has worked diligently with Moms Demand Action and other advocates to limit the access of guns to individuals that shouldn’t possess them as we fight to make our community safer and to make a safer environment for law enforcement to work.

In less than a year three brave members of the Camden County Police Department were victims of gun violence, on behalf of them and victims throughout the county we need to stem the flow of illegal guns and work to hold manufacturers and out of state gun shops accountable in 2019.

Every time we have a shooting victim in the county there are millions of dollars in expenses that the community absorbs, and I believe that the Governor and Legislature should look to tax gun purchases in the future for a mandated victims fund. Let’s stop the manufacturers, distributors and purchasers of these weapons from getting away without any liability when their gun is used in a homicide or shooting. I will be laying out a strategy for this in the upcoming week.

As a Board we will continue to work on expanding our safe, open spaces for our community, we will be focusing on extending more innovative projects like the microgrid in South Camden and ushering in new economic development to both rebuild shuttered land throughout the county and usher in new development like the $2.5 billion investment in Camden City. Furthermore, the future is bright for employment in the county as businesses continue to relocate here reducing the overall poverty rate in combination with shrinking the unemployment rate to its lowest level in 25 years.

Public safety will continue to be a focus on the board as we celebrate the lowest homicide total since 1985 and the highest clearance rate in the county in 20 years, giving truth and testament to the commitment to community policing and the work of the Camden County Police Department, Camden County Sheriff’s Department and the Camden County Prosecutor’s Office. At its core this means that if you plan on committing a heinous act in Camden County you will be held accountable. We also plan on making significant enhancements to school security and more upgrades to our state-of-the-art 911 system. There will be more info on those initiatives to come in the coming months.

Moving forward, 2019 will be a memorable year as we work to commemorate 175 years of governance in Camden County and our county seat here in Camden City. That said, I want to provide a small sample of some of the notable events in 1844. This landmark year saw the first electronic telegram by Samuel Morse, the founding of Notre Dame University, the birth of Henry Heinz, the condiment magnate, and the election of President James Polk beating Henry Clay for the presidency of United States.

That said, the county, at the time, was made up of a growing manufacturing base along the river and farms for as far as the eye could see, stretching all the way to the shore. If you were traveling down Haddon Avenue out of Camden in 1844 most likely you would have paid several tolls from town to town. If you were crossing over to Philadelphia, you would have done it by boat or ferry. And while all of this history is fascinating I would be remiss if I didn’t thank Gloucester County for their generosity as Camden County – named after the First Earl Camden, Charles Pratt – was created out of portions of Gloucester County on March 13, 1844. I would also be remiss if I didn’t talk about our namesake; Charles Pratt who was a humanitarian and champion for civil liberties, a great lawyer, judge and also the developer of the popular Camden Town neighborhood of London.

Also, celebrating our 175th-year-anniversary, we will be hosting 175 events throughout the year, some that our residents know and love, and other special occasions like our 50th anniversary of the Vietnam War with a tribute to the men and women who served during the conflict. In addition, we will be highlighting the more than 175 services the county provides for residents on a daily basis, from our health inspectors to our dispatchers responding to emergencies we are the bedrock of public service for residents.

President John F. Kennedy said, many years ago, that a rising tide lifts all boats and today I believe that is happening throughout our county. We are experiencing unprecedented growth, we are safer than we’ve ever been, and unemployment is at historically low levels. This year will be one of progress and we will continue to show robust growth as the year evolves.

And we will do all this while working to protect the most vulnerable in our community.

Last, but certainly not least, I want to thank all the noble public servants that do their job every day- employees that are committed to building a better county and putting service before self.

There is plenty of work still to do, nevertheless we will continue to move forward on completing the big things that positively impact and affect the lives of residents. We will continue to work towards being a shining light for our community by implementing policies that improve and enhance the quality of life for all residents.