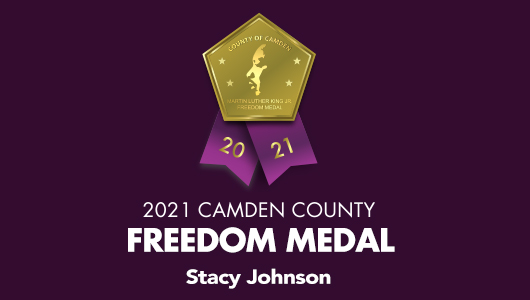 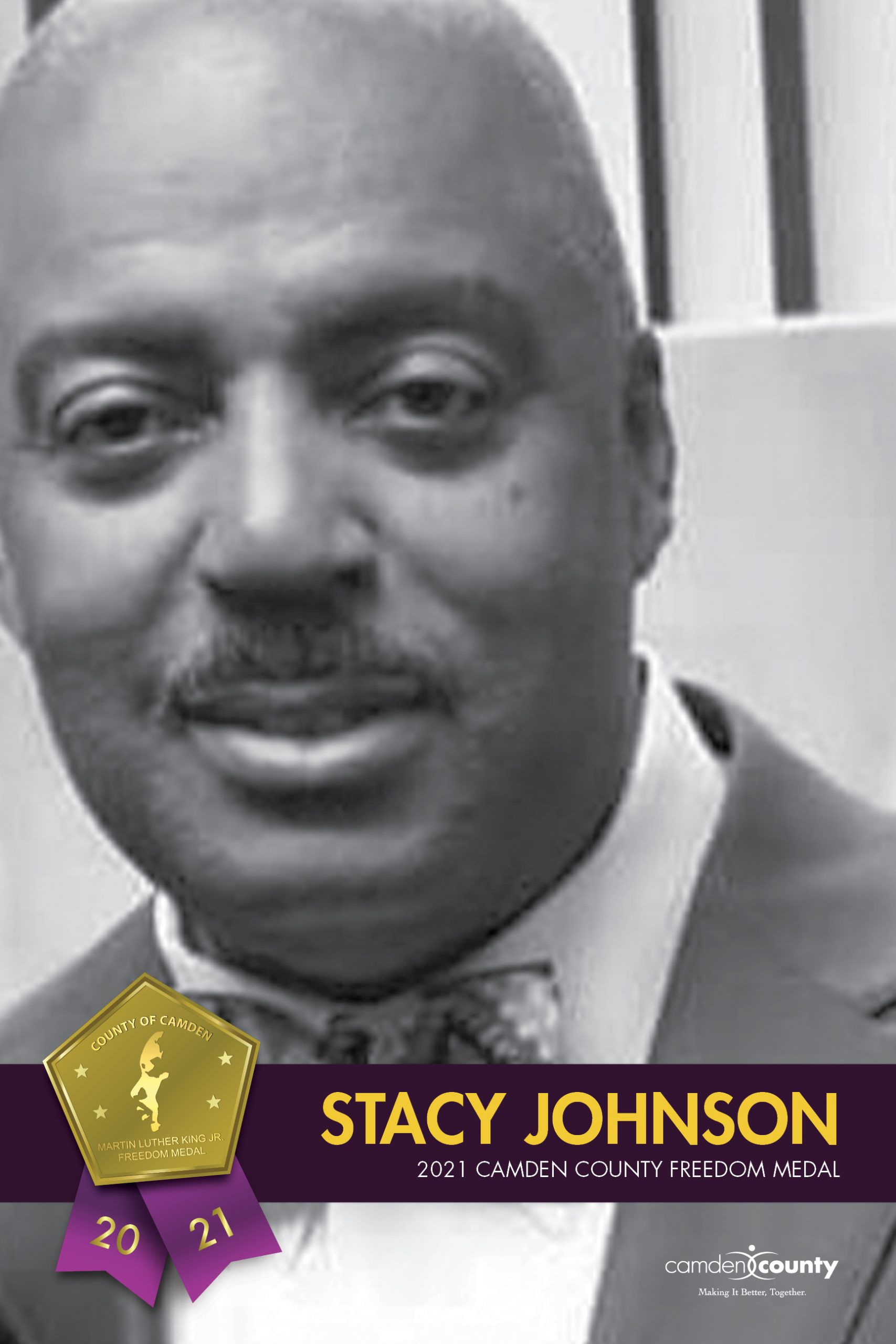 Stacy Johnson, resident of Camden and member of the inaugural class of the Woodrow Wilson HS Sports Hall of Fame, has been a mentor and coach in the community for more than 30 years. Johnson sits on several boards including the Camden County O.E.O., the Camden City Alcohol Beverage Control, and the New Jersey Black Belt Association. He has also served as a member of the Camden School Board and is a frequent public address announcer for both Camden high school and Pennsauken youth sports programs. He is the Northeast Director of Matsumura Seito Do Shorin Ryu, and is involved in the New Jersey Police Training Commission and A Few Good Men (AFGM) Sports Mentoring.

Johnson was an all-state quarterback at Wilson in 1975, and received a full athletic scholarship to the University of Michigan where he majored in Civil Engineering and played quarterback. Johnson is a 7th Degree Black Belt in karate, and has taught young people for more than 20 years.

Most recently, Johnson worked with the Pennsauken youth football program in New Jersey, and was a member of the New Jersey Counts 2020 Census Commission. Stacy was named ‘Man Of the Month’ by Military Athletes Nationally United 4 Progress in May of last year.

Johnson is married to his wife, Lisa, and has three children and six grandchildren.

Awards and Accomplishments include: