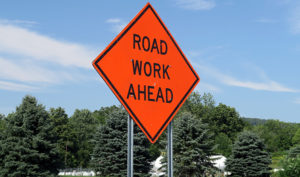 (Lindenwold, NJ) – Freeholder Susan Shin Angulo, liaison to the Camden County Department of Public Works, has been notified by South Jersey Gas that crews have begun gas pipeline replacement work on Turnersville Road and East Branch Avenue in Pine Hill. While this project is underway, motorists should expect a lane shift on Turnersville Road between Kearsley Road and North Drive, and an additional lane shift on East Branch Avenue between East 12th and East 13th Avenues.

“This project is expected to last approximately six weeks, and will likely impact traffic patterns, daily commutes, and accessibility of certain roadways during peak hours,” Shin Angulo said. “Until construction is completed, motorists should try to plan around the area and be extra cautious when near crews at work.”

Crews will be active between 7 a.m. and 4:30 p.m., Mondays through Fridays until the end of February. During this time, crews will be replacing aging gas mains with new, durable plastic piping. Service lines from the gas main up to the gas meter will also be replaced.

Some residents in the affected area may lose gas service temporarily while crews are at work. SJ Gas expects that service will be restored as quickly as possible, usually within 8 hours.

This project is expected to be completed by Feb. 22. Scheduling and project timing is also dependent on weather and may be adjusted due to unforeseen events.