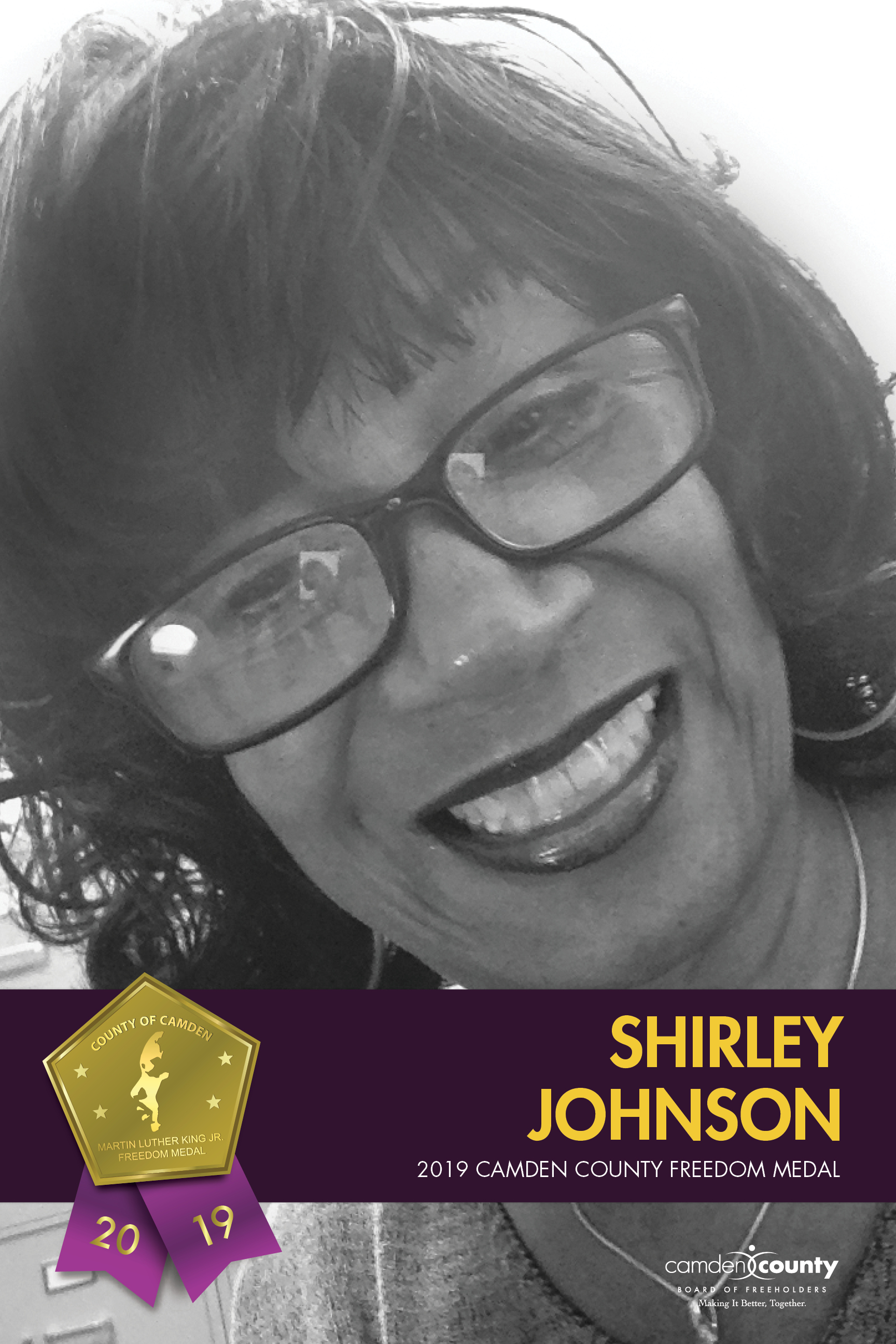 Since 1981, Shirley Johnson has lived in Brittany Woods, located in Gloucester Township. After graduating from Camden High School, she went on to attend Camden County College in pursuit of a degree in accounting and business law. In December of 1997, Shirley decided she wanted to become more active in the community, so she joined the Neighborhood Watch.

Since then, Shirley has been doing whatever she can to connect with her neighbors and the children, which she discovered is her calling and passion. The Brittany Woods Community Action Group was established in 2016, and continues to work diligently within the community by scheduling events like National Night Out and the neighborhood clean-up. By doing community service, Shirley has learned a lot about herself and the kids that surround her every day. She learned to follow her “gut,” and to go for it when it feels right. If something doesn’t feel right, she’s learned to “be still and wait.” Shirley believes if you want to see change, then you must go out and make those changes happen.

In 2018, the organization was interviewed by three newspapers; The Sicklerville Sun (twice), The Philadelphia Inquirer, and CBS3 Channel News. CBS3 aired a nationally broadcasted segment on July 5, 2018, covering on the community (A More Perfect Union) during one of its many projects. Shirley says it was a humbling experience; especially for the kids.

To be honored with the Martin Luther King, Jr. Freedom Medal lets her know that those times when she needed to “be still and wait” were worth enduring. It meant something else was coming down the road that would more than affirm her “gut” feeling, vision, and purpose.