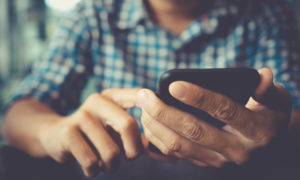 “It is important to know that a representative of the Camden County Sheriff’s Office would never direct a citizen to purchase a prepaid money card,” Sheriff Wilson said. “In fact, it is rare that you would ever be contacted by phone by a Sheriff’s Officer. Any legal documents or information are sent by certified mail or delivered in person.”

The Sheriff’s Office has received numerous calls from citizens who stated they were contacted by individuals who identified themselves as members of the Camden County Sheriff’s Office and other local police departments. These police impersonators can be very convincing, especially to the elderly and citizens who have had minimal interactions with law enforcement.

They begin by telling the victim that they have a warrant for their arrest for issues such as missed jury duty or court dates. They then direct the victim to stay on the line and travel to a convenience store to purchase prepaid money cards and provide them the card numbers over the phone. They threaten to arrest the victim if the payment is not made immediately.

“If anyone is contacted by phone from anyone portraying themselves as a member of the Camden County Sheriff’s Office and attempting to obtain financial information, please notify my office immediately,” Sheriff Wilson said. “Never provide any personal information to anyone alleging to be acting on behalf of the Sheriff’s Office that has not been verified.”