Monkeypox was discovered in 1958 when two outbreaks of a pox-like disease occurred in colonies of monkeys kept for research. Despite being named “monkeypox,” the source of the disease remains unknown. However, African rodents and non-human primates (like monkeys) might harbor the virus and infect people.

The first human case of monkeypox was recorded in 1970. Prior to the 2022 outbreak, monkeypox had been reported in people in several central and western African countries. Previously, almost all monkeypox cases in people outside of Africa were linked to international travel to countries where the disease commonly occurs or through imported animals. These cases occurred on multiple continents.

People with monkeypox get a rash that may be located on or near the genitals (penis, testicles, labia, and vagina) or anus (butthole) and could be on other areas like the hands, feet, chest, face, or mouth.

Other symptoms of monkeypox can include:

You may experience all or only a few symptoms

How long do monkeypox symptoms last?

Monkeypox symptoms usually start within 3 weeks of exposure to the virus. If someone has flu-like symptoms, they will usually develop a rash 1-4 days later.

Monkeypox can be spread from the time symptoms start until the rash has healed, all scabs have fallen off, and a fresh layer of skin has formed. The illness typically lasts 2-4 weeks.

In New Jersey, the number of available vaccine doses are limited. Currently, state residents eligible for the Jynneos vaccine include:

People meeting the criteria above may make an appointment at Cooper University Health Care’s Vaccine and Testing Clinic. The center offers vaccination only, and does not perform testing for monkeypox. 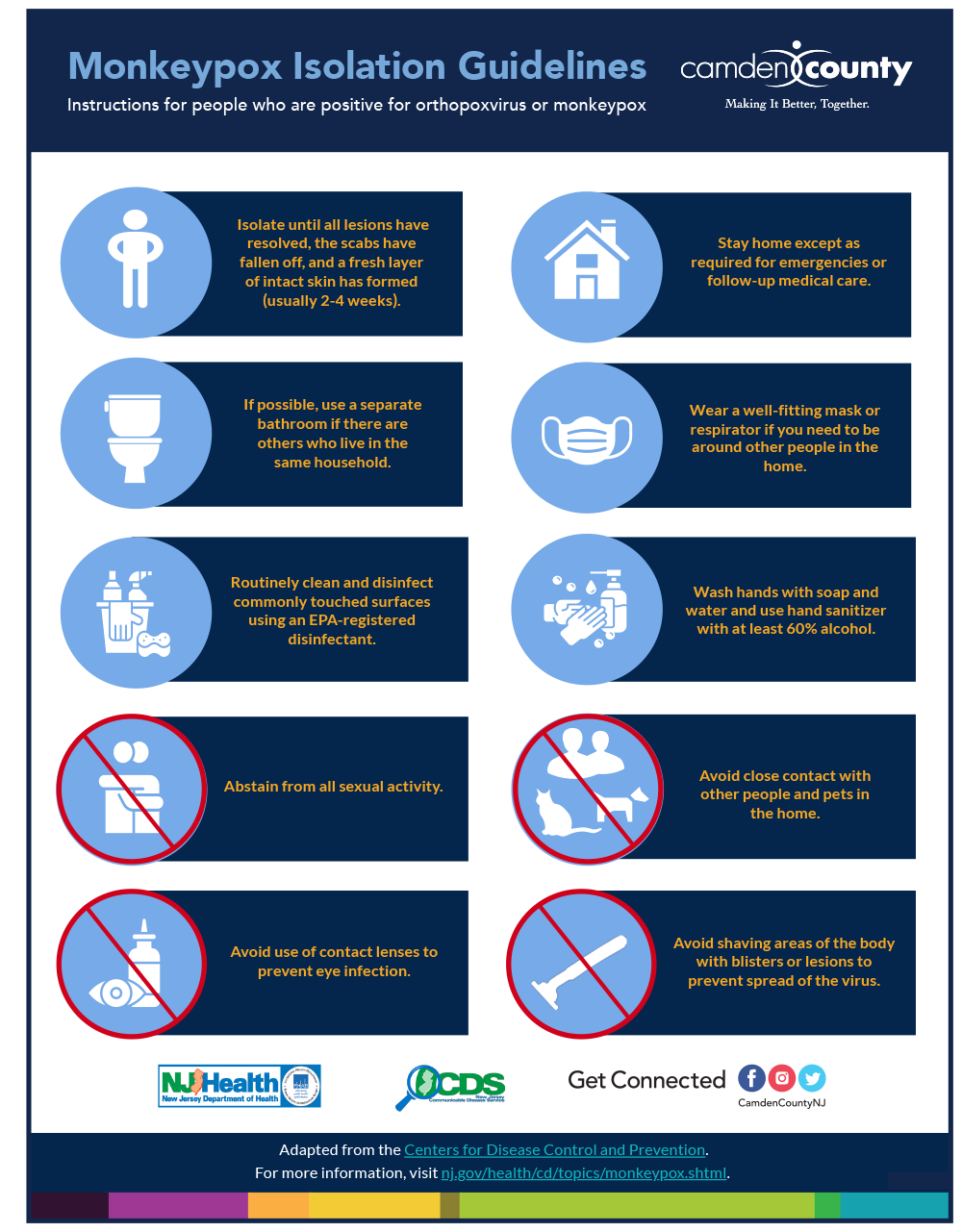