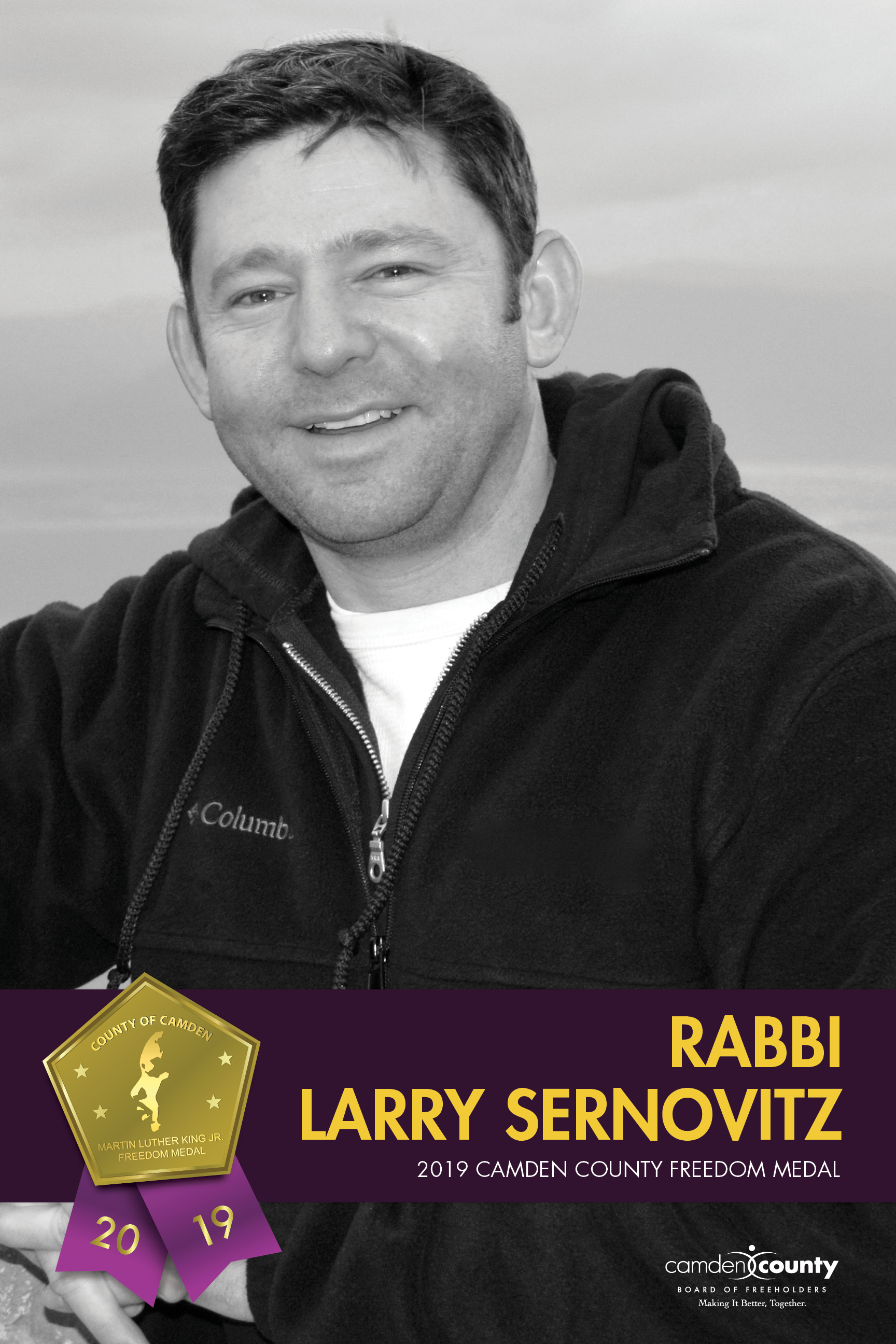 Rabbi Larry Sernovitz is the founding rabbi of the Nafshenu community in Cherry Hill, NJ.

Rabbi Sernovitz focuses on areas in his rabbinate that include education, interfaith matters, prayer and spirituality, and social justice. Bringing people together is something Rabbi Sernovitz truly enjoys. Following the Pittsburgh shooting, he worked with the Camden County Freeholders to organize a vigil at the Boathouse, where over 300 people from all parts of the county came out to not just support the Jewish community, but stand for humanity.

He is on the Statewide Clergy Caucus of Faith in New Jersey, and serves as a chaplain for the Cherry Hill Police Department. In April of 2016, Rabbi Sernovitz received the Ambassador Award from the New Jersey Governor’s Council on Mental Health Stigma. Prior to coming to Cherry Hill, he served Old York Road Temple-Beth Am in Abington, Pennsylvania, where he was honored to serve as vice-chair of the Montgomery County Advisory Council of the Pennsylvania Human Relations Commission, and received its Trailblazer Award in 2013 at the annual Civil Rights Luncheon. Rabbi Sernovitz is also passionate about Jewish Genetic Disease Awareness, and has spoken around the country, advocating for testing among those of child-bearing age. He has also raised money for Chai Lifeline and its summer camp, Camp Simcha. Chai Lifeline is an organization that helps and supports children with cancer and chronic illness. This past summer, he participated in Bike4Chai, a 180-mile bike ride supporting Camp Simcha.

Rabbi Sernovitz cares deeply about the Camden County community, and works closely with the Freeholders and other faith based organizations to create a just society for all who call Camden County their home.

Rabbi Sernovitz is married to Rebecca and they have three children; Sam, Daniella, and Eden.