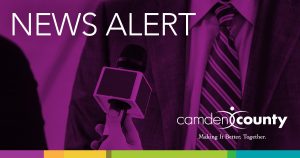 (Lindenwold, NJ) – Over the last two years the Freeholder Board has been working on additional safety measures for pedestrian traffic into the city’s Eds and Meds corridor. The board has publicly advertised a request for proposals for the design of a pedestrian bridge over the River LINE and four lanes of Martin Luther King Boulevard adjacent to the Walter Rand Transportation Center (WRTC). The project is being funded by a grant allocation from NJ TRANSIT. After all necessary permits and approval are obtained, the design will result in a construction bid.

“This new span will significantly improve safety in and around the Walter Rand Transportation Center, lifting pedestrian traffic above cars, trucks, buses, light rail vehicles, and bicycles,” said New Jersey Department of Transportation Commissioner and NJ TRANSIT Chair Diane Gutierrez-Scaccetti. “This improvement is just one aspect of a holistic set of upgrades planned for the Center – through NJ TRANSIT’s new five-year Capital Plan – which promises to better accommodate the 26 bus lines that service the facility, provide improved intermodal connectivity with the PATCO Speedline subway and the River LINE light rail, and support growth throughout Camden County.”

Freeholder Barbara Holcomb, liaison to the Department of Public Works, talked about the impact this project will have on the community

“This new structure will provide an additional level of safety to pedestrians looking to access the critical mass of medical centers and higher education campuses on the other side of MLK,” said Freeholder Barbara Holcomb. “This is another significant piece of critical county infrastructure that will make the traveling public safer and make crossing this busy county thoroughfare easier for the community, enhancing the quality of life for our residents.”

The WRTC was constructed in 1989 and is owned by NJ TRANSIT. It is the main intermodal transportation hub in Camden County and the fourth busiest transit center in the state. In its role as a regional transportation hub it houses 26 NJ TRANSIT bus lines, the River LINE light rail line, the Delaware River Port Authority Transit Corporation (PATCO) Speedline, Greyhound Bus services and the South Jersey Transportation Authority (SJTA). The county will be asking design engineers to create a steering committee and engage the community, stakeholders and businesses for input on the project.

“NJ TRANSIT is proud to be working closely with Camden County to bring improvements to the Walter Rand Transportation Center in Camden, enhancing safety, the customer experience and providing better access to critical transportation services,” said NJ TRANSIT President & CEO Kevin Corbett. “Some of these improvements include this new pedestrian bridge and our electric bus demonstration project beginning in Camden in 2021, to support economic growth, environmental sustainability and meet the demands of residents, customers, businesses, and employers.”

Proposals for the pedestrian bridge design will be accepted until January 7, and if compliant responses are received Camden County will award the engineering design contract at its February meeting.