NASA at the Camden County Library 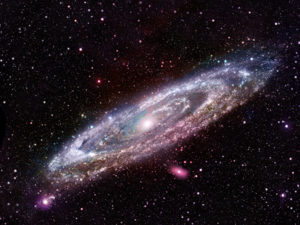 (Voorhees, NJ) – The Bellmawr Branch of the Camden County Library System has been selected through a competitive application process to be part of NASA@ My Library, an initiative to engage public audiences nationwide in informal and lifelong learning with the excitement of NASA exploration and discovery. More than 500 libraries across the country applied to take part in the initiative that focusses on science, technology, engineering and math (STEM).

As a NASA@ My Library Partner, the Bellmawr branch library will hold public programs for various age groups that explore NASA science and technology. The programs will be held between May 2017 and October 2018.

“The Bellmawr Library is one of just 75 public libraries nationwide to be part of this initiative, and we’re thrilled to have been selected,” said Debbie Stefano, Branch Manager.

More information, including a program schedule, will be available in the coming months at camdencountylibrary.org/Bellmawr-branch. The Library will begin offering NASA related programs this summer.

“We look forward to exploring the universe with our patrons of all ages,” said Lisa Brandenburg, Youth Services Librarian.

Bellmawr Library will receive the following benefits as part of the project:

“Libraries are essentially learning laboratories,” said Kristen Erickson, director for science engagement and partnerships in the Science Mission Directorate at NASA Headquarters in Washington, D.C. “Providing additional tools and resources enable a broader impact for communities, and we’re pleased to connect with libraries across the country to share our science.”

The Bellmawr branch of the Camden County Library System will use NASA@ My Library resources to create compelling learning experiences for our community and share the story, science and adventure of NASA’s scientific explorations of planet Earth, our solar system and the universe beyond. Bellmawr Library will hold public programs that engage various age groups and will reach out to NASA scientists, engineers and educators to collaborate on high-profile events to attract community interest. Programs include national and international STEM/space events such as the coast-to-coast Solar Eclipse on August 21, 2017.  Additional programs include guest speakers, story times, and beginning science, technology, engineering and math programs for kids.

NASA@ My Library is led by the National Center for Interactive Learning (NCIL) at the Space Science Institute (SSI) in partnership with the American Library Association (ALA) Public Programs Office, the Pacific Science Center, Cornerstones of Science and the Education Development Center. Funding comes from NASA’s Science Mission Directorate via cooperative agreement No. NNX16AE30A. Any opinions, findings, and conclusions or recommendations expressed by NASA@ My Library do not necessarily reflect the views of the National Aeronautics and Space Administration.