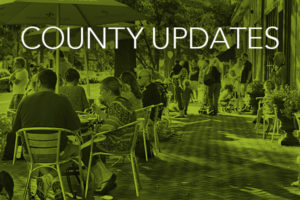 (Camden, NJ) – The Freeholder Board and the LaScala Restaurant Group will open in Cooper River Park by the end of the year. LaScala’s will bring creative pizza, artisan Italian food and world beers, to the space formerly known as the Cooper House, which is currently closed for renovations.

“We are excited to partner with the LaScala Restaurant Group to bring this new casual concept to Cooper River Park,” said Freeholder Jeff Nash, liaison to the Camden County Parks Department. “With its diverse menu and commanding view of the Cooper River, this will become another reason to visit one of Camden County’s great public spaces.”
The KTMK Group operated the Cooper House in the 6,572 square-foot restaurant space from June 5, 2016 to November 10, 2017. The LaScala Restaurant Group is assuming KTMK’s lease which has two years left on the term. Previously, the WPA-constructed building was known to generations of Camden County restaurant as the Lobster Trap.

“This is a great opportunity for us to offer some amazing food in a truly one-of-a-kind setting,” said Rob LaScala. “We are enthusiastic to be a part of the excitement taking place in Cooper River Park and being able to provide top-flight service to the thousands of visitors.”

The award-winning LaScala Restaurant Group has operated eateries in Philadelphia and South Jersey since 1991. Their newest addition, will be located at 5300 North Park Drive in Pennsauken Township on the banks of the river and adjacent to Veterans Island.

“This will be the perfect place to enjoy a meal along the river, or to have a relaxing dinner with an incredible sunset as a backdrop,” Nash said. “This restaurant will quickly become Cooper River Park’s destination within a destination.”

Over the next couple of weeks, the restaurant will be closed for rebranding and minor renovations. An opening date has not been set yet, but most likely will be in early December.

All gift cards and parties booked at the Cooper House will be honored by the new vendor. Anyone with questions about previous bookings can call (856) 795-0007.

Spanning more than 340 acres across four municipalities, Cooper River Park is Camden County’s gathering spot.  The park contains multiple picnic areas where friends and families can gather; a 3.7-mile loop utilized by walkers, runners and bikers every day; and, the largest children’s playground in any of the county parks.  The Cooper River’s Olympic-distance, 2,000-meter straightaway is widely known as one of rowing venues in the country, home to numerous world-class regattas and the Cooper River Boathouse.