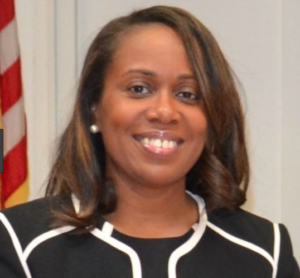 Over the past ten months, McCombs has focused on understanding what works in the District and what could be done to dramatically raise student achievement. The key to this process has been speaking with, and listening to, families, staff, community stakeholders and partners, and developing a community perspective regarding the District’s successes and areas in need of improvement.

McCombs talked about her long-term vision for the district moving forward after the permanent appointment.

“As a student, educator and administrator born and raised in Camden City overseeing this district is truly the privilege of a lifetime,” McCombs said. “This school system gave me the access, opportunity and instruction to thrive academically and professionally, and now my mission is to ensure every child has the same experience so we can positively impact outcomes for all of Camden’s children.”

In her three years as Deputy Superintendent of Schools, McCombs has overseen the successful implementation of a revamped college and career readiness program, an annual leadership development program for principals, and a transformation in how District educators are coached and evaluated to ensure excellent instruction in every classroom.

During this time the District’s dropout rate has fallen by half, and more students are making it to graduation each year. She serves on the Board of Directors for Camden Enrollment, and the Camden County Department of Education’s Superintendent’s Roundtable. Outside of work, McCombs is active in her church and community and mentors young women.

Steadfast in the unwavering belief that Camden students are more than capable of exceeding the state averages in reading and math, McCombs plans to make the District accountable to students and schools; dramatically improve students’ preparedness for college and career; and ensure excellent classroom instruction in every Camden City School District classroom.

“I fully support the appointment of Katrina McCombs as the Superintendent of the Camden City School District,” said Mayor Francisco “Frank” Moran. “It’s exciting to have a homegrown talent like Katrina leading our schools. Over the past year, Superintendent McCombs and I have forged a strong partnership. Our schools have made significant strides as graduation rates are on the rise and dropout rates have been cut in half.  Katrina McCombs has proven that she has the capability to do the job.  I am confident that under Katrina’s leadership our children will receive the quality education that they deserve.”

Biography, Katrina McCombs, State Superintendent of Camden School District: Born into a family of Camden educators, Katrina McCombs grew up knowing the power of education in transforming one’s life or improving one’s circumstances. After attending Mickle School, Bonsall Elementary School, Cooper’s Poynt Family School, and Hatch Middle School, McCombs graduated from Camden High School in 1987. She attended Lehigh University where she earned a bachelor’s degree in Behavioral and Neurosciences, before returning to Camden to work as an early childhood educator.

After two years in the classroom, McCombs returned to higher education to better equip herself with the psychological and mental health skills necessary to support students who come to school having experienced trauma. She received both her MA and MAEd. in psychological counseling at Teachers College, Columbia University, and became a child therapist. She used her counseling skills to support students as a group therapist and middle school English teacher. She quickly moved up the ranks at Lanning Square Elementary School, from grade level chair to literacy coach, site facilitator, vice principal, and finally principal, a role she served until 2012.

Armed with a Masters of Public Administration in educational leadership from Rutgers University, McCombs left Lanning Square to serve as Director of the District’s Early Childhood Department. In this role, she led Camden’s record levels of pre-k enrollment, and supported the quality of early childhood education by investing in critical training for pre-k providers and early childhood educators.