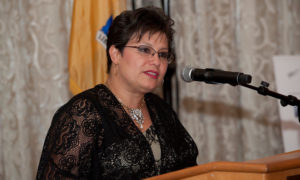 “The Freeholder Board applauds the Supreme Court’s decision to reject the Trump Administration’s attempt to terminate the Deferred Action for Childhood Arrivals Program (DACA). The president’s unlawful attack on this program put in jeopardy the lives of thousands of DACA recipients in Camden County and throughout New Jersey, and we are glad to see their livelihoods protected, at least for the time being.

These young men and women were brought to this country by their parents so that they could achieve a better life. They have known no other home and they are as American as anyone who was born in this country. We should be focused on ways to empower this community, to give them peace of mind and security that they can live in the country they grew up in without fear of persecution or deportation. We should not be using them to as pawns in a political chess match, or worse, rejecting their status in this country out of prejudice, as this president has done.

Today’s decision affirms what we already knew, the administration’s attempt to terminate DACA had no legitimate justification, and it was made only to inject chaos into the lives of those affected and to improve the president’s poll numbers among his supporters.

To be clear, this is not a mission accomplished. The Supreme Court’s decision does not validate or invalidate the law itself, but is merely a rejection of the administration’s attempt to terminate it based on the reasons they offered at the time. There will be more attacks on this law and on these brave young people. We must continue to stand by them and fight for what is right as we have done in the past, and as we will continue to do in the future.”