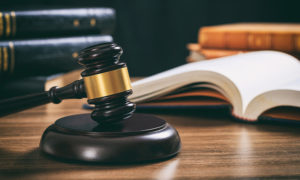 (Camden, NJ) – The Camden County Board of Freeholders has submitted a friend of the court brief to the Bucks County Court of Common Pleas, opposing the land use appeal of Elcon Recycling Services, LLC, and in support of a previous decision denying Elcon’s proposed waste recycling facility located next to the Delaware River.

Elcon originally proposed to process nearly 600 different types of chemical wastes at one site, located next to the Delaware River in Falls Township, Pennsylvania. That waste would be transported at high-risk through residential neighborhoods and highways used by Camden County residents between 17 and 25 times per day.

Falls Township denied the proposal in May 2019, citing specific concerns that were to be addressed if the proposal were to be reconsidered. To date, Elcon has failed to meet the Township’s requirements.

“Falls Township rejected this proposal because it recognized the detrimental environmental and public health impacts that the site threatened if allowed to progress,” said Freeholder Director Louis Cappelli, Jr. “Instead of remediating the deficiencies inherent in its original proposal, Elcon is attempting to pin the blame on others and avoid adequately addressing all of those concerns. The proposed facility represents a serious risk to our residents’ air and water quality, as well as our region’s general ecological wellbeing. We support the decision to deny this project and are offering our full-throated opposition to this appeal.”

Given that Elcon has not proposed solutions for all of the problems in its Preliminary Plan, the proposed site poses the same risk to South Jersey, Camden County, and the rest of the region that it did nearly one year ago. The facility would add to Bucks County’s poor air quality, which currently fails for ground-level ozone pollution. Air pollutants expelled from the facility would be capable of traveling many miles, affecting the health of New Jersey residents and contributing to problems such as asthma, breathing difficulties, cancer, COPD, emphysema, and heart and lung ailments.

“Just because a project is not physically located in our community does not mean that it won’t impact Camden County in a significant way,” Cappelli said. “The Freeholder Board is committed to protecting the public health and wellbeing of our residents, and hope the court sees the inherent deficiencies in the plan that has been proposed, as well as the failure to adequately address them.”